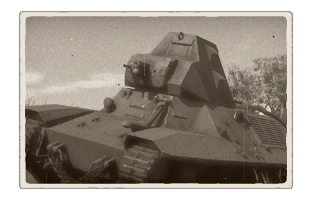 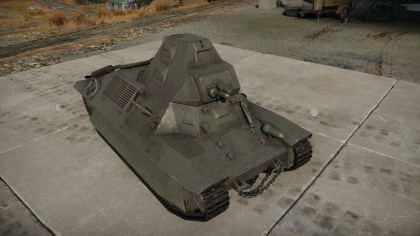 Generally speaking, the main reason you'd play the FCM.36 is so it can unlock better vehicles like the AMR.35 ZT3 to have better firepower at the rank. Bearing the awful SA18 L/21 cannon as main armament with 40 mm of armour all around and bad mobility, this tank resembles the H.35 in many ways. However, the FCM.36 does have good sloped armour for the rank to be a tad useful during long range engagements, but the underperforming gun makes the FCM.36 act more like a shield rather than a spear.

Compared to the reserve H.35, the FCM.36 features a design with "better" armour and a more powerful engine, bringing the power ratio to a more manegeable 12.4 HP/ton. With wider tracks than the H.35, this tank feels faster than other BR 1.0 French tanks. It turns quite smoothly and reaches its top speed fairly easily on road. 40 mm all around is enough to survive incoming rounds at long distances (~ 500+ m) but its bad angling makes it unreliable at close range, whereas your gun enters its actual combat ranges. Keeping the awful SA18 L/21 canon as main armament, this gun is what makes an otherwise good tank so bad as it is. As the Devblog claims: "Wait Until You See The Whites of Their Eyes!", you will have to get up close and personal with this tank in order to penetrate another tank. With -17° of gun depression, this is actually a depressing gun. 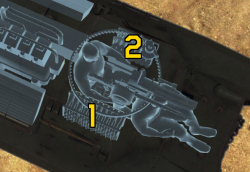 if you intend to play in RB or SB, use brush or other things to obscure your vehicle's outline, so that the enemy doesn't entirely know what you are, and therefore have a chance of not taking shots at your weak points such as your gun mantle or driver port.