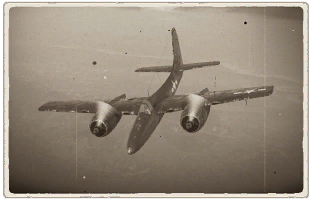 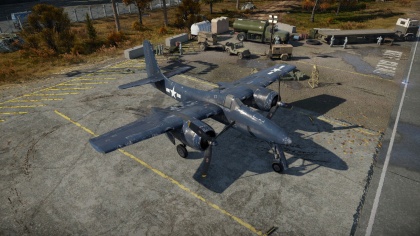 Against German planes the player should always try to get the altitude advantage and use Boom and Run techniques, committing to head on can be a little risky since most of German planes has good offensive armament, very often comparable to the F7F. When they are above it could be possible to use the dive speed to get away from the BF-109, their max allowed speed is lower, those fighters are also way slower from low to medium altitude. It can get harder in a fight against the Fw-190D series, they are considered bad at turning but the F7F would be equally good at turning at best, outturning will also be an issue, the Fw-190's wing break speed is higher, the only level speed difference in favour of the F7F over them is at low altitude.