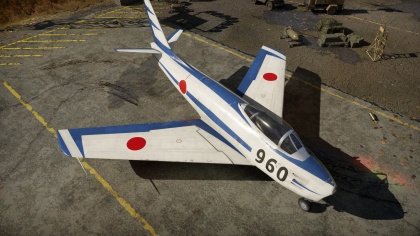 Production of a first block of 'export' F-86F-40-NA's was approved on June 27th 1955, with a block of 215 aircraft being ordered for delivery to the Japanese, China Nationalist and Spanish Air Forces. As these aircraft were purchased with MDAP funds, they were assigned USAF serial numbers 55-3816 to -4030. In 1956 an additional 65 aircraft were added to the order, with some aircraft intended for delivery to Pakistan: these aircraft received USAF serial numbers 55-4983 to 5047.