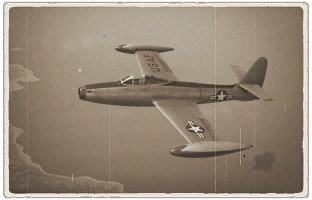 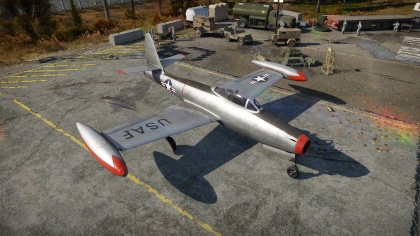 The F-84B-26 uses 6 x high velocity .50 calibre machine guns. Default ammunition belts are recommended as they pack a good punch. Due to the nature of .50 calibre rounds, you will need a 1-2 second shot burst to down an enemy aircraft.