Difference between revisions of "F-104C" 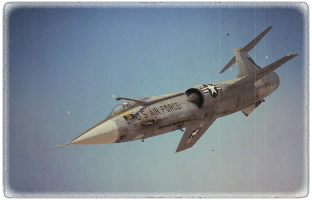 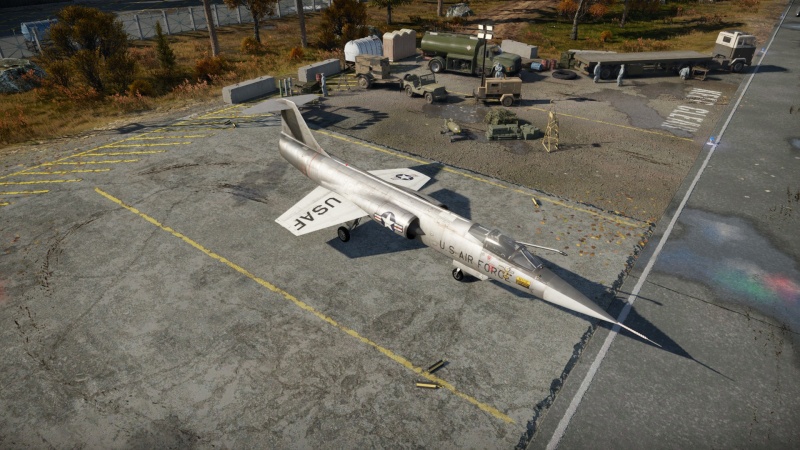 In terms of armour, there is no armour on the F-104C. Since the F-104C relies on high speed, it wouldn't need armour as that would reduce the speed and manoeuvrability of the plane. The F-104C is a very long plane and it is not very manoeuvrable, making it a large, easy target for enemy guns. As such, the only characteristic that should be relied upon for survivability is the plane's speed. It is very quick, and as such is hard to catch. Of course, it's not quicker than a missile!

The F-104C is best to be used to pick on slow enemies. This is one of the best ways to play the F-104C, especially in uptiers where the plane's performance is outshined by top-rank jets. The plane does best at downtiers, where the plane can prioritize on high-threat planes first before handling the easier jets. As such, fast planes (and planes with excellent missiles) like the F-104G, MiG-19S, MiG-21F-13, Yak-38, Yak-38M, etc. should be prioritized as main threats to the F-104C. If an enemy tries to get onto the F-104C's tail, try to use the plane's speed to extend from them. If this is not possible, use the F-104C's exceptional roll rate to conduct defensive manoeuvres and try to make the attacking aircraft overshoot.

The F-104C is equipped with an AN/ASG-14 search and tracking radar. The radar is mounted in the nose of the aircraft.

The F-104 saw most of its combat service with the USAF, most notably taking part in the Vietnam War. Furthermore, the F-104 also saw combat during the Indo-Pakistani Wars in the mid '60's - early '70's while flying under Pakistani colors.