Difference between revisions of "F-104A (China)" 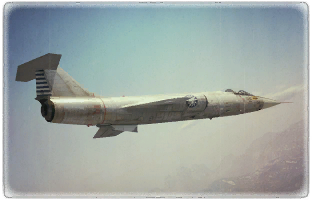 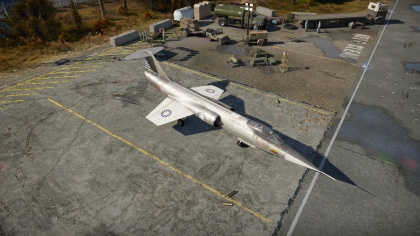 The F-104A does one thing extremely well: speed. This is the vehicle's greatest advantage, and can be used to great effect if the pilot is careful about choosing which engagements to pursue. It is recommended to keep up a high air-speed at all times, which will allow the F-104A to swoop in and out of the combat zone while evading enemies. Sometimes, it is even possible to outrun enemy air-to-air missiles. At this battle rating, the F-104A is able to greatly outspeed the vast majority of its opponents.

However, the F-104 struggles with manoeuvrability. With such small wings, it simply can't produce the lift necessary to throw itself around the sky, and therefore has a very poor turning circle. This means that any turning engagement is most likely futile, and also reemphasizes the utility of a boom and zoom playstyle.

This vehicle also lacks in the weaponry department. Although it has an M61 (20 mm) Vulcan cannon, the only air-to-air missiles to which the plane has access is the AIM-9B. At this high battle rating, these early missiles are simply not enough to reliably destroy enemy targets, and the best way to use them is to target only slow-moving enemies. What's more, this vehicle is only equipped with two of them.