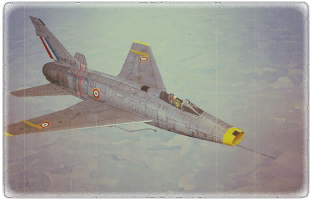 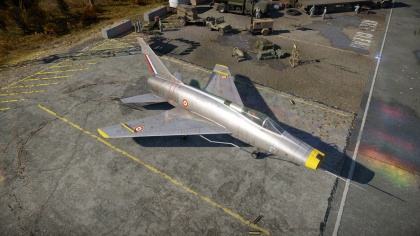 Early fighter aircraft utilized the wings of aircraft to mount machine guns and cannons, which was very effective especially aircraft like the P-47 which could outfit four guns in each wing for a total of eight. The downside is that for these guns to be effective, they had to have a convergence set to a specific distance, bullet hits before that distance and after became less effective, the pilots needed to make sure to hit the sweet spot. For the F-100D, convergence is non-existent as all four of its M39A 20 mm cannons are mounted on the underside of the fuselage, effectively able to decimate targets at extremely close range or snipe targets which maybe even 700 - 800 m, if not farther away, effectively almost any range (below 1000 m) is a sweet-spot for this fighter.