Difference between revisions of "Enduring Confrontation"

Depending on the BR of the aircraft being used, there are five ranks in EC battles:

Every player has their own SP balance that is maintained throughout the course of a given battle. Points can be earned by achieving mission objectives, destroying enemy vehicles, and bombing targets such as enemy bases and airfields. SP spent to take off in an aircraft are deducted from your balance the moment you press the “To Battle” button. If your aircraft is lost, the SP you spent are lost as well. If you get your aircraft back to an airfield in working condition after repairing and refueling, the SP you spend are refunded to you as soon as you get out of the aircraft.

Airfields and their Modules All aircraft in EC spawn on airfields and return to them to reload and repair. Since battles in EC last a significant amount of time, airfields are a crucial strategic target – they directly affect the course of the battle.

In EC missions, airfields are distributed randomly on the map – when every new battle is generated, the server chooses three potential airfield locations for each side. At the beginning of the battle, each team knows the location of their own airfields (they are displayed on the map), but they do not know the location of the enemy’s airfields. Enemy airfields can be discovered visually by being in the air at a sufficient altitude, but in order to get an airfield detected in this manner to appear on the map, you need to fly close enough to it (within a range of a few kilometres – altitude doesn’t matter). Just like other targets, airfields can be discovered by AI vehicles. 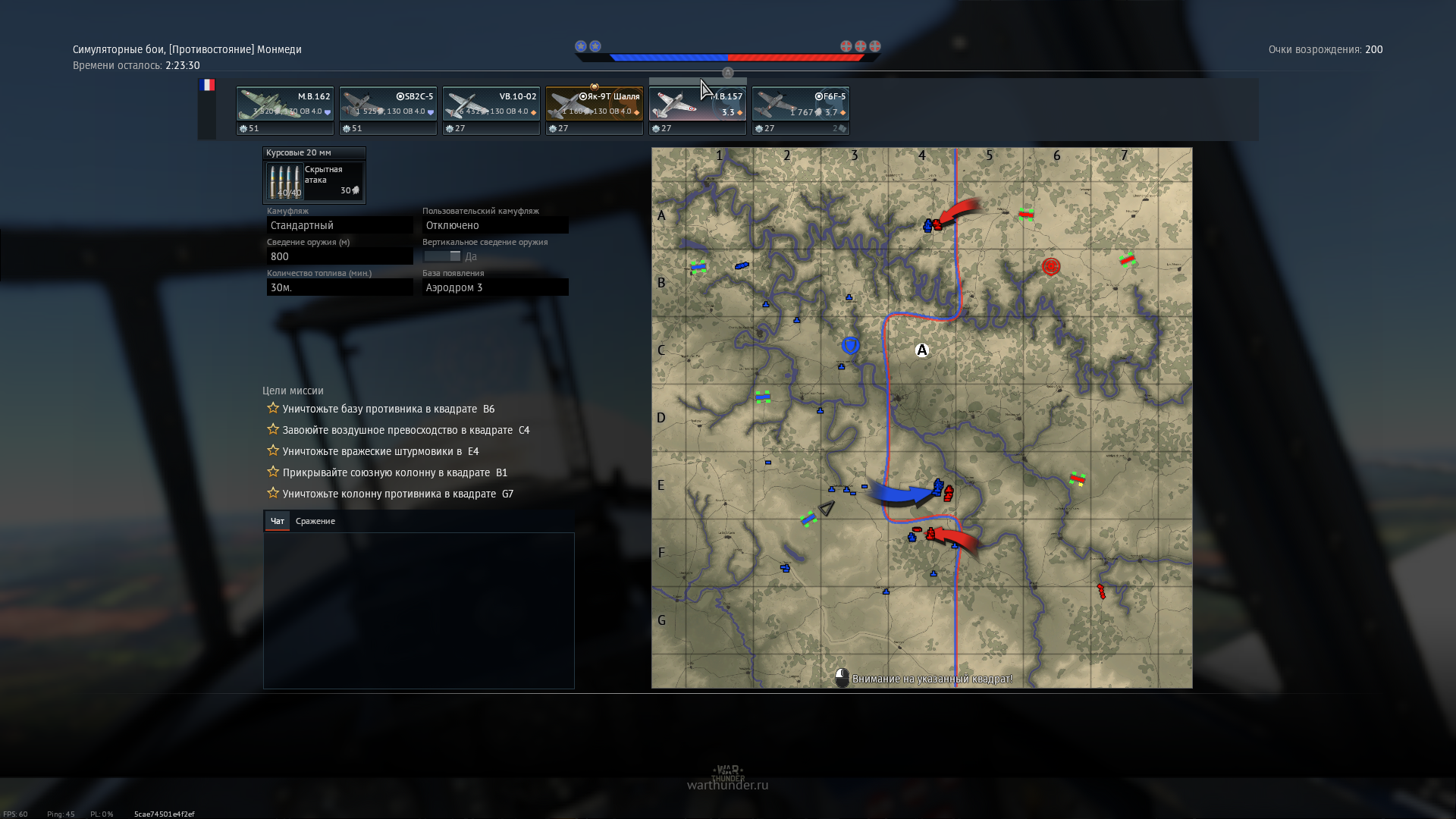