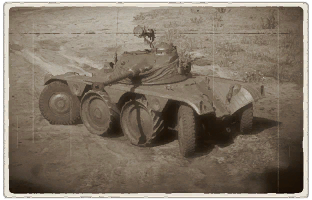 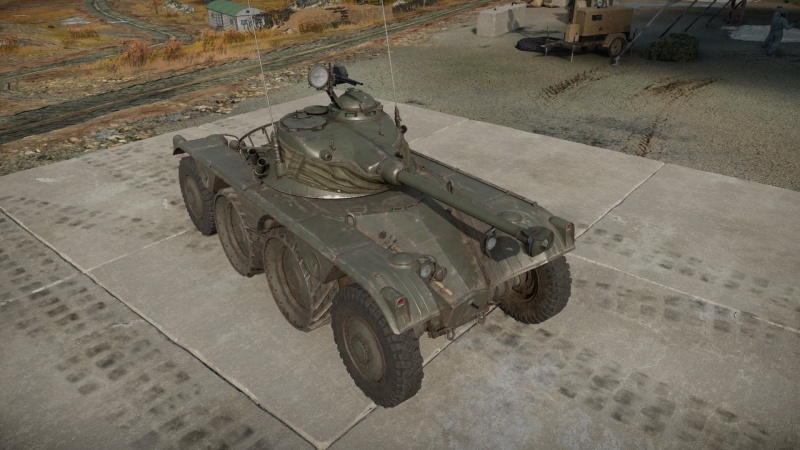 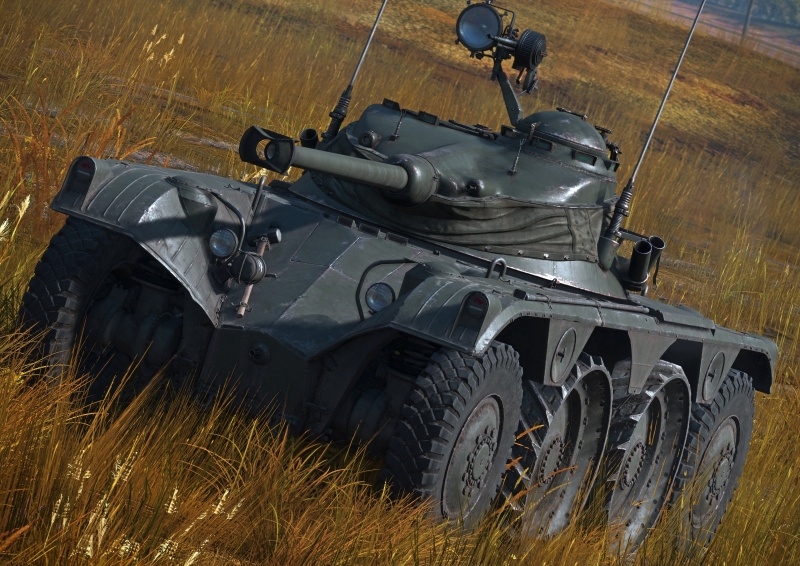 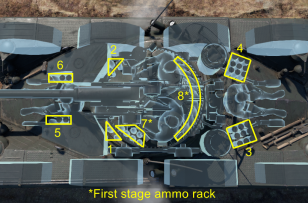 The 1963 variant of the EBR, similar to its elder brother, is an excellent scout and flanking vehicle due to its good speed and gun handling.

Compared to its older brother, it becomes harder to use at range due to the lower velocity gun (750m/s) alongside the higher drop rate, it also is unable to engage multiple enemies simultaneously due to the lack of an autoloader, meaning that if the loader gets hurt or incapacitated the reload rate will be reduced. To compensate from these setbacks, it gets access to a HEATFS round capable of penetrating the great majority of enemy vehicles it will face from the front, reducing the chances of running into a vehicle that you are unable to penetrate. It is worth noting that the 90mm HEATFS has comparably less post pen damage than the 75mm solid shot shells, even though its a bigger caliber shell, so aiming for weak spots, ammo racks and crew members becomes even more important, as well as the need to take in mind foliage, spaced armor and the chances of the shell being "caught" by external parts of the tank such as sprockets and tracks, which will detonate the shell prematurely diminishing or eliminating any potential damage dealt to the enemy.

Due to the change in muzzle velocity, post pen damage and shell type, the EBR 1963 is best used in close quarters, hit and run tactics, and as a scout vehicle similar to a more maneuverable AML-90. Staying on the sidelines of the enemies is highly advised.

Marder A1-/1A3: Armed with an automatic 20mm autocannon with high fire rate, this IFV can easily mow down the EBR if caught off guard, the later variant armed with APDS capable of going through its turret with ease. The Milan ATGMs will easily overpressure the EBR, sending you to the hangar screen

BMP-1/SPz BMP-1: The ATGM will overpressure the EBR, and the 73mm cannon has a shorter reload rate, meaning that it can shoot you twice before you complete the reload.

Eland 90: Virtually the same as the allied AML-90, you might encounter this vehicle on the same flanks you would want to be due to similar playstyles, armed with the same gun as you, being on the lookout for these sneaky vehicles is advised.

Centurions: Fully stabilized, being caught in the move against such vehicles will most likely result in losing the battle.

SPAA vehicles: Any SPAA vehicle armed with 20mm autocannons and higher caliber are to be dealt with caution, since they will be able to mow you down before you even set your sights on target. Special caution is to be placed to SPAAs wielding 40mm Bofors and the ZSU-57-2, since they have short reload rates and can remove the EBR in a couple of shots.

The 75mm APC rounds had problems with the penetration of particularly tough targets from the front, and the Soviet heavy tanks or German self-propelled guns of the late period of the war remained a difficult target for the French car. The Model E.B.R. (1963) retains most of the the positive features of the earlier version and offers the commanders a new, more powerful 90 mm gun with HEATFS shells as the main means of destruction of armored vehicles.