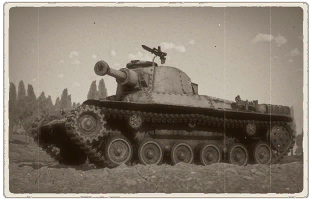 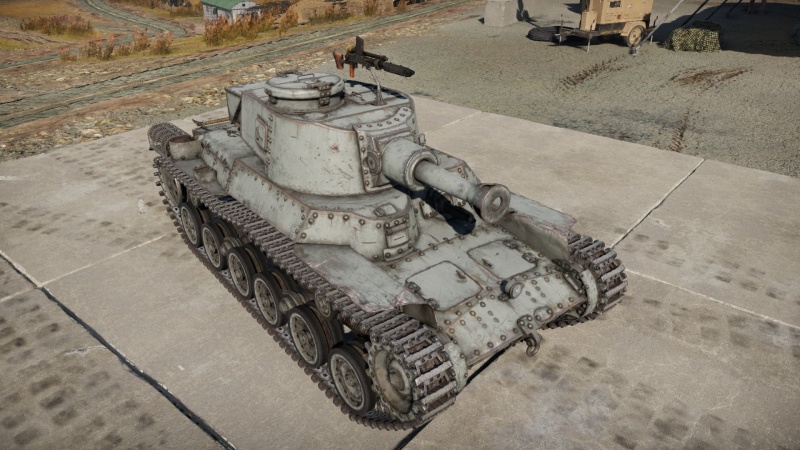 The Type 97 Chi-Ha Short Gun is a premium rank II Japanese medium tank with a battle rating of 1.3 (AB/RB/SB). It was introduced in Update 1.65 "Way of the Samurai" with the initial Japanese tank tree.

The Chi-Ha Short Gun is a Naval refit of the Chi-Ha Kai with a Navy short gun (120 mm), it keeps the decent mobility from the Chi-Ha chassis but loses the turret rotation speed due the added weight of the gun. 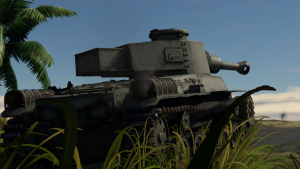 Which was made to support navy infantry as a gun tank during the defense of the homeland. 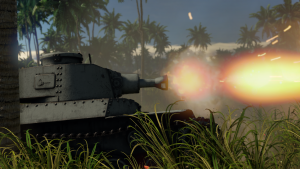 The gun from the Chi-Ha Short Gun is naval short gun built to deal with submarines and close range naval combat, and that does translate over in-game as a gun with lackluster HE filler just enough to destroy light tanks and a very low muzzle velocity, which on the bright side can be used to shoot at vehicles over cover. 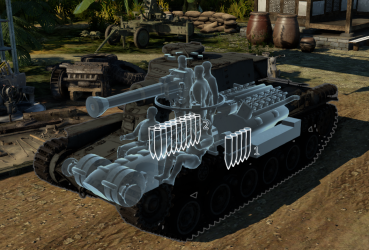 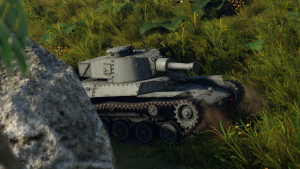 Because the Chi-Ha Short Gun was designed for an infantry support role, its performance shows how tank combat wasn't put in mind for the vehicle. With each shell only having 2.5 kg of explosive, this isn't enough to destroy any vehicle the shell hits; it most likely will shock the crew, but nothing else.

Most light armored vehicles and tanks (<30 mm armor) will be able to be destroyed from either hull break or crew knock-out wherever you hit. But when you start opposing medium to heavy tanks, you should fallback for friendlies to deal with the target. It might be possible to hit the roof of the turret or hull on these vehicles, but it's a tricky shot and won't always deal a fatal blow on first hit.

To get greater firepower than the Type 2 Ho-I, a naval short barrel 120 mm was chosen with an additional bespoke muzzle break, the official designation of this 120 mm gun is unclear but may greatly be the 12cm/12 short naval gun. Additionally, there was a small storage compartment added onto the back of the ShinHoTo Chi-Ha turret.

There's only a handful of images of Chi-Ha 120 mm's, all being American and taken at the naval yard in Sasebo, Japan, October 1945. None of the vehicles survive today.