The Tank, Cruiser, Challenger (A30) is a Rank III British medium tank with a battle rating of 5.3 (AB/RB/SB). It was introduced in Update 1.55 "Royal Armour" alongside the rest of the British Ground Forces Tree. Taking the outdated Cromwell chassis, extending it and adding a new turret, it gave life to this improved variant with the much powerful 17-pounder anti-tank gun. 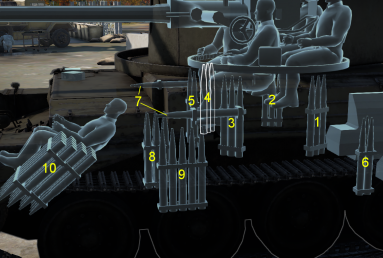