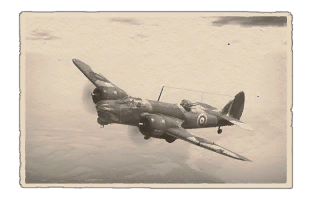 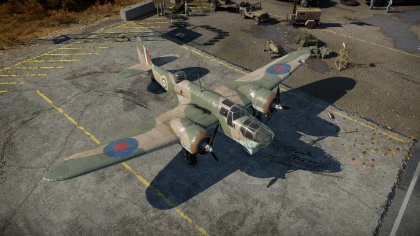 Originally developed as a prototype fast civilian transport aircraft, the Bristol Blenheim was a British light bomber widely used during the early days of the Second World War. The Blenheim was the first British all-metal aircraft and one of the first with a retractable landing gear, an electric defensive turret and a variable pitch propeller. Conversion from fixed-gear biplane bombers with fixed-pitch propellers to Blenheims, with their modern features, proved troublesome for some squadrons. Large numbers of levers, often poorly positioned, had great potential to cause confusion in critical stages of flight. For example, the landing gear lever was close to the flap lever, which sometimes led to retraction of flaps together with landing gear at takeoff, causing an immediate loss of lift. Improper prop pitch setting at takeoff often led to an overly long takeoff run and passing the runway threshold without becoming airborne.

Whilst certainly one of the world’s fastest aircraft during the prototype phase in 1935, the Blenheim did not have the speed to compete with enemy fighters by 1939. This, combined with its poor defensive armament and light payload made it an unsuccessful bomber, but tragically for the crews of RAF Bomber Command, it was available in large numbers. The Blenheim squadron losses up to 1941 were amongst the worst suffered by the RAF during the entire war. A modification of the Blenheim MkI did, however, have some notable successes as a pioneering night fighter until more suitable aircraft were developed in that role.