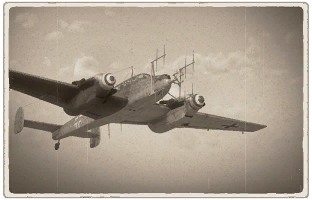 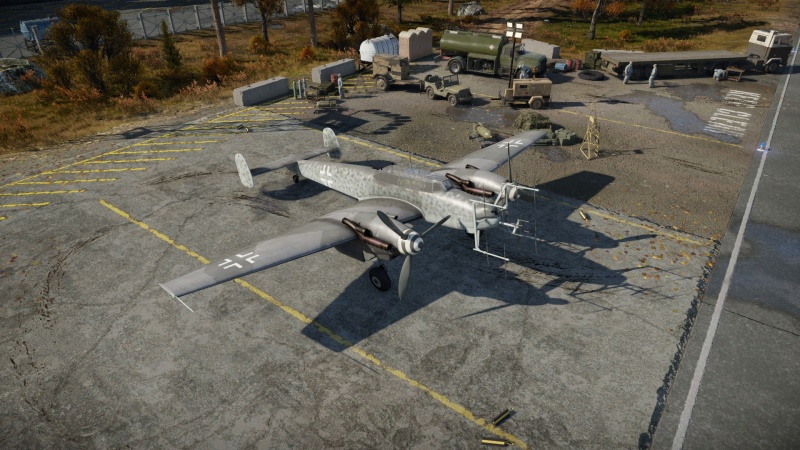 The Bf 110 G-4 can be outfitted with the following ordnance:

This plane plays mostly like its predecessor, but it has the added bonus of a search radar and a pair of upwards firing MG 151 cannons. This plane is also slightly slower and climbs worse due to the drag of the search radar and the extra radar operator. A strategy for experienced pilots is to turn the plane upside down and use the upwards firing guns to strafe ground targets, just remember to pull up in time! This plane is like a fusion between the Bf 110 G-2 and the Do 217 N-2. You can use strategies used on both planes on this aircraft but less effectively. Watch out for enemies that can out-turn you, have a better climb than you, or if there are a horde of them.