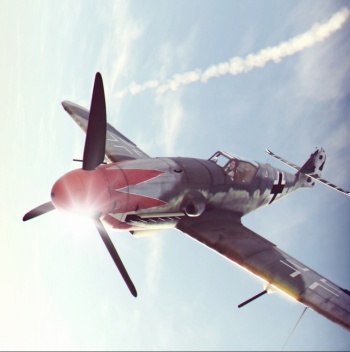 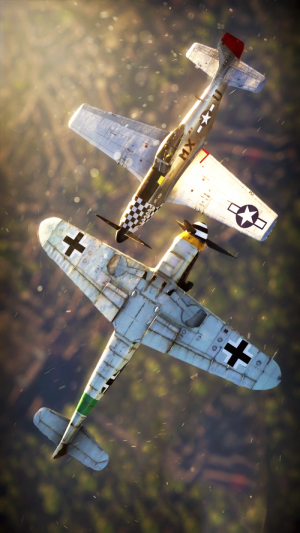 Throughout the 1920s and 1930s, the Luftwaffe (German Air Force) moved ahead at break-neck speeds to develope civilian aircraft which secretly doubled as military fighters and bombers requiring only minor modifications to become war-fighter operational. Aircraft designated as transport and airline variants could easily be converted to bombers and the initial Bf 109 was no different in its purposes. The birth of the Bf 109 started out as a requirement from Herman Göring, Reichsminister of Aviation proposed to newly appointed Theo Croneiß of Bayerisch Flugzeugwerke (BFW, Bavarian Aircraft Works). The requirement was for a single-seat high-speed courier plane, obviously, one which could be converted into a fighter when the time required. At the same time this requirement went out, the Reichsluftfahrtministerium’s (RLM, Reich Aviation Ministry) Technisches Amt (C-AMT) or technical department was tasked with projecting aircraft requirements for potential future air combat and of the four main types determined to be essential, single-seat fighter requirements were published as L.A. 1432/33. 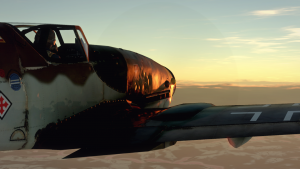 These fighter requirements were as follows:

During the early years of BFW, Willy Messerschmitt was the designer of the transport aircraft the BFW M.20, however due to several high-profile crashes of these transport aircraft, one of which included test pilot Hans Hackmack, a close friend of Erhard Milch (at the time, head of Luft Hansa and the German civil aviation authorities). With Erhard Milch, a lifelong hatred developed when Messerschmitt responded very callously to events about the crash. During this time, BFW went bankrupt and Messerschmitt went to work designing aircraft for a Romanian airline company. At the time requirements for L.A. 1432/33 were published, Messerschmitt was called back to Berlin and basically told his efforts were to be used for the Fatherland. Messerschmitt acquiesced and was given the specifications for the potential fighter, which after review, he proceeded to relate a very unfavourable opinion of the fighter as if built as described, the fighter would be literally obsolete as it rolled off the assembly line and unable to catch up to even medium bombers. After hearing the report and seeing the truth in Messerschmitt's words, the Technisches Amt awarded BFW the contract to build a fighter aircraft and Willy Messerschmitt was given free rein over the design of the aircraft.

Messerschmitt began design of the P.1034 (later known as Bf 109), and much like its older transport sibling the Bf 108, the new fighter was developed based on Messerschmitt’s lightweight construction principle, the basis of this principle was to minimize the number of separate parts located on the aircraft, which would speed up construction and add in ease of maintenance. For example, many of the main connection points for the airframe, engine frame and wings all had their connecting load points all at the firewall. Another example was having the landing gear attached to the fuselage and not the wings, which allowed for removal of the wings without having to support the aircraft on jack-stands and also reduced the stress on the wing loads during takeoff and landing. One tell-tale sign of a Bf 109 is the landing gear slightly splayed outwards and this was to increase the stability of the aircraft while taxiing on the ground by providing a wider track, making it less prone to flipping over.

Forethought was put into the aircraft especially for mechanics which would service the aircraft on the front-lines of battle. The entire engine cowling, weapon hatches, and other maintenance access panels could be removed allowing the mechanics full access to service, repair and even replace critical parts on the aircraft with little difficulty. Pipe connections were colour-coded and electrical cabling plugged into junction boxes, typically an old engine could be disconnected, removed, replaced with a new engine and all connections resecured in a matter of minutes, something unheard of in most military aircraft of the time.

While a high-speed requirement would necessitate a small wing to decrease surface area, Messerschmitt knew this would require a more powerful engine to generate enough lift to maintain flight. The wings of the Bf 109 had several modifications which would compensate for these issues to include high-lift devices such as automatically-opening leading edge slats and trailing edge flaps which had a large camber to allow for a significant increase of lift when deployed. To help increase the overall flap effectiveness, the ailerons would also “droop” to aid in the flaps work. The weapons for the aircraft were all centrally located in the fuselage, with the large cannons mounted in the propeller hub and the machine guns located in the upper fuselage. Leaving these out of the wings allowed for significant manoeuvrability with all of the heavy equipment kept along the centerline of the aircraft leaving the wings to be very thin and light.

Messerschmitt was ahead of his time, this was noted when the Bf 109 went to trials. Most experienced military pilots were seasoned World War I pilots who spent their time flying biplane fighters such as the He-51, aircraft with two sets of wings, open cockpit, low wing loading and light g-forces, one look at the new Bf 109 produced sour reactions, especially from stunt and ace pilot Ernst Udet. At first glance, Udet had serious doubts about the Bf 109 and requested directly from Messerschmitt to remove the canopy to allow the pilot to judge the aircraft’s speed through the air stream and to add a second wing with struts and wires, otherwise, the aircraft was destined to fail as a fighter. Udet’s initial test flight of the Bf 109 drastically changed his opinion of the revolutionary new fighter, forever changing how Germany designed and manufactured their fighters.

Throughout the years, the Bf 109 with through many iterations involving upgrades and fine-tuning. The last of the series was the Bf 109 K series, also known as Kurfüst. Unfortunately for this series, it was a compilation of model upgrades, modification kits and factory conversions which ultimately made both the production and maintenance of this aircraft a literal nightmare in both cost and complication with its maintenance. Due to problems with the series production and the lateness of the war when it entered, the K-4 model was the only version to be mass-produced. External changes included movement of the radio equipment hatch, fuselage fuel tank filler point, movement of the direction-finding loop and a retractable tail-wheel with clam-shell doors. Armament would include a 30 mm motorkanon and 2 x 13 mm machineguns with options to attach bombs or 20 mm cannon gondola pods, however, the suspended armament was rarely utilised. Between November 1944 and March 1945, a total of 1,593 Bf 109 K-4 fighters were produced, one in four Bf 109s listed in front line fighting units was the Bf 109 K-4. Unfortunately at this point in the war, the Bf 109 K-4 had two things going against it, first was the appearance of jet fighters which nullified any advantages the K-4 had achieved and secondly, the hastily trained novice pilots at this point of the war could not exploit the K-4’s advantages which would eventually come from experience.