The Bf 109 K-4 is a rank IV German fighter with a battle rating of 6.0 (AB), 5.7 (RB), and 6.3 (SB). It has been in the game since the start of the Open Beta Test prior to Update 1.29. The K-4 is the pinnacle of the famed 109 series. The `Kurfürst´ frame is the last iteration and was focused on ease of production rather than performance, yet it features the best power to weight ratio and acceleration of any 109, turning this machine into a beast. However, the age of the design is reflected in its poor high-speed characteristics.

Use the plane's outstanding climb rate and keep speed. Energy fighting tactics should be this plane's primary mode of fighting. It has good acceleration when using WEP. This grants the machine reasonable zoom climbing abilities. If chased, dodge away from the enemy with fancy manoeuvers without losing too much speed. In Realistic Battles, try to do a climbing spiral, but be sure to be in a higher energy state than the enemy! A miscalculation and the foe will have the opportunity for an easy deflection shot.

However, there are also downsides. The top speed can be reached quickly, yet the plane is not fast when stock. While it does have an edge in agility, it has bad low-speed manoeuvrability. Furthermore, foes will not usually engage in manoeuvering combat, rendering any manoeuvrability advantage moot.

K-4 can outmanoeuvre these planes at medium speeds (<450 IAS/kph): P-51 (all types), P-47D, Typhoons and the La-9. However, it will have a hard time dealing with other late Rank IV aircraft, especially Spitfires. It is highly recommended to use rudder during rolls as this increases the roll rate dramatically. This is useful if when trying to force an overshoot or when avoiding shots.

The 109 K-4 has a very substantial amount of armor around the pilot, but is mainly to protect the gigantic fuel tank your pilot is sitting on top off. The fuel tank however is self sealing. 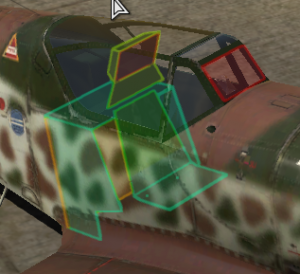 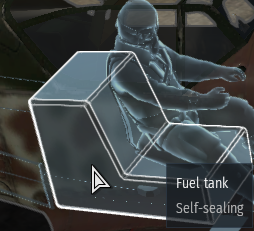 The Bf 109 K-4 can be outfitted with the following:

The MK 108 is a double-edged sword: Nicknamed by the allies for its characteristic sound, the `Jackhammer´ lives true to its name. Slow but powerful. Its main purpose: Demolition of heavy objects, such as flying fortresses such as the B-17G.
However, its common purpose in War Thunder remains to hunt fighter planes. The cannon's rate of fire is extremely low, making it good for conserving ammo, but bad for deflection shots. Furthermore, the minengeschoß-shells are slow- very slow. One must either become very good at leading the shells, or close the distance. Kills are generally done from 300 meters away, if not closer. On the plus side, the damage is equivalent to most 37 mm cannons upon hitting. Tip: In order to better learn and understand the cannon's trajectory, do not fire in conjunction with the machine guns.

The two additional machine guns are best fired alone. The MG 131 features HE shells (named IAI in-game) as the Tracer belt. Yet they are only highly effective in Simulator battles, where they will deal good damage to control surface areas, causing inexperienced pilots to lose control. In Arcade and Realistic battles however, the instructor will dampen any such effects. Here, the damage-based Stealth and Fighter belts fare better.

The true acceleration power of the plane is only achieved very late into the grind. Specifically, the Tier 4 Engine injection modification provides a significant boost and is a top priority. On the way there, all engine upgrades should be taken. 13 mm Belts are helpful for removing tracer rounds. The 20 mm gunpods with belts and the gun upgrade are viable choices but engine injection remains a priority.

The Bf 109 K-4 was one of Kurfurst Bf 109 series, Kurfurst was the last series of 109 before war's end. The K series was the most upgraded and most expensive 109 and with war coming to an end not many were built. Work on the K series began in the spring of 1943 and prototype was ready by autumn of the same year. The series began production in August 1944 with the K-4 but due to changes to the design and delays with the new DB605D engine, the K-4 was the only one to be mass produced. Externally, the Kurfurst series had changes in radio equipment location hatch. A filler point for the fuselage fuel tank, and with removal of the D/F loop, were the main external differences to other Bf109 series. The landing gear also had doors that closed up the bottom completely and armament was the Motorkanone 108 (30 mm) , 2 x MG 131 (13 mm), with additional 2 gun pods of MG 151 (20 mm). Payloads included a 500 kg bomb or on rare occasion Wfr.Gr.21 Rockets (21 cm). Due to limited resources many of the variants didn't enter production.

The Bf 109K ""Kurfuerst"" was the last mass-produced variant of the Bf 109 family. It first reached front-line units in September 1944 (or early 1945, according to other data). The fighter was powered by the Daimler-Benz DB 605 DCM engine and had more powerful armament, with some variants equipped with two 15mm or three 30mm cannon."