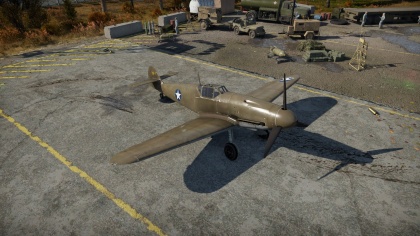 The BF-109 F-4 represents the pinnacle of the Friedrich line of Messerschmidt. With a powerful engine and decent armament, the F-4 is an extremely powerful fighter in any hands. It is mainly a dogfighter, with a well-rounded mix of good climb rate, speed, manoeuvrability, and weaponry.