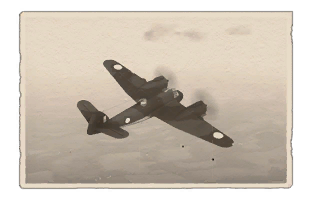 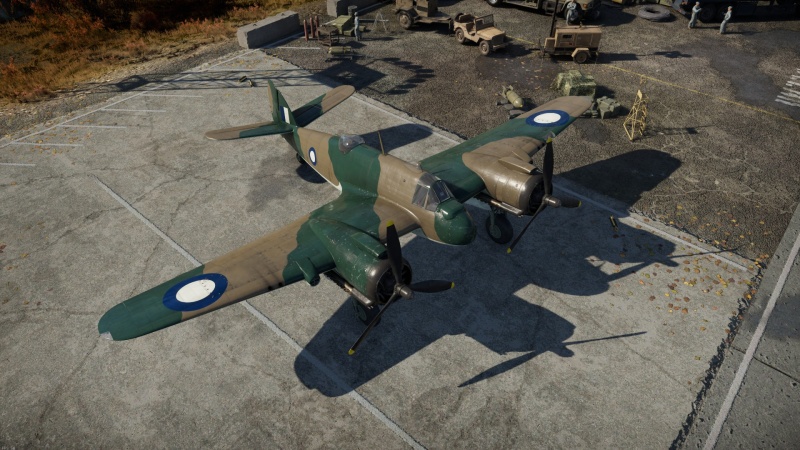 The Beaufighter Mk 21 is a rank III British strike aircraft with a battle rating of 3.0 (AB), 3.7 (RB), and 4.0 (SB). It has been in the game since the start of the Open Beta Test prior to Update 1.27. This variant of the Beaufighter represents a version which was manufactured in Australia by the Australian government's Department of Aircraft Production (DAP).

The Beaufighter Mk 21 plays very similarly to its predecessor, the Mk X. However the Mk 21 features heavily improved weapons, boosting its ground attack abilities significantly. As before, you are still able to fulfil the roles of a heavy fighter, torpedo bomber, and an attacker. Once again though, added weapon mass will make you slower, and less manoeuvrable, so remember that you can't turn like the Mk 6c. In the ground attack role, the available rockets, combined with the cannons make it very good at defeating convoys. This option also has the benefit of allowing you to largely sidestep the Mk 21's issues of poor top speed and a bad climb rate. When used for bomber hunting as a heavy fighter, you will quickly find the replacement of the Mk X's 7.7 mm machine guns with 12.7 mm machine guns to be of great benefit. The climb rate works heavily against you however, so only medium and low altitude bombers should be targeted. The torpedo bomber role, however, should still be avoided. The torpedo drop requirements are still very bad, making any run against an enemy ship a very risky move. Long story short, stick to medium and low altitude and attack any bombers or ground targets you get the chance to. You should also equip your ammo belts accordingly, to ensure maximum effectiveness. Lastly, try to get fighter cover. More than any other version of the Beaufighter, the Mk 21 will struggle with lighter, more nimble opponents. Stick to what this aircraft is good at, and you can greatly improve your teams chance at victory.

The flight characteristics of the airplane are very similar to its predecessor, the Beaufighter Mk X but the added weapon mass makes flight performance worse. Both fighters carry Bristol Hercules XVII engines, however, Mk X carries variant optimized for low-altitude performance, featuring 1,581 hp engines that can carry the plane up to 4,575 m, while the Mk 21 features 1,369 hp engines for the maximum altitude of 9,382 m. This, combined with the upgraded armament makes it far more suitable to engage enemy bombers, even though the climb rate is still rather unimpressive 14.6 m/s (AB).

The Beaufighter Mk 21 is armed with:

The Beaufighter Mk 21 can be outfitted with the following ordnance:

The Beaufighter Mk 21 is defended by:

The final Beaufighter in the research tree can be characterized primarily by its main armament. In its BR there's barely anything that comes close to the combination of 4 x 20mm cannons and 4 x 12.7 mm machine guns, especially considering the superior layout of the cannons, with all four clustered right under the cockpit, making precise aiming far easier. If there's anything to be desired - it's the Minengeschoß of the German counterpart for the 20 mm cannons. This Beaufighter can swiftly tear apart enemy fighters and bombers alike, typically in a single sweep if aimed accurately. This makes it a potent fighter in a number of circumstances and giving it a fighting chance even if its an underdog in the encounter.

In Arcade Battles, the most favorable encounters are against unsuspecting targets, and ideally, only such should be picked, preferably diving in and out of the main battle, or picking off strugglers nearby. Good survivability, combined with outstanding firepower allows it to quickly take the enemies down before they manage to react. What should be avoided at all costs are turn fights or prolonged chases. Mk 21 neither has speed nor a turning rate to stand a chance against anything but bombers or other heavy fighters. Similarly fighting against high-altitude fighters (such as the Fw 190 A-4) might be extremely problematic due to their superior climb rate, which will give them the energy advantage, and through that - an opportunity to easily outfly you at any given time.