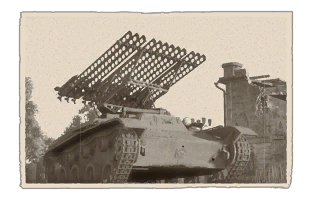 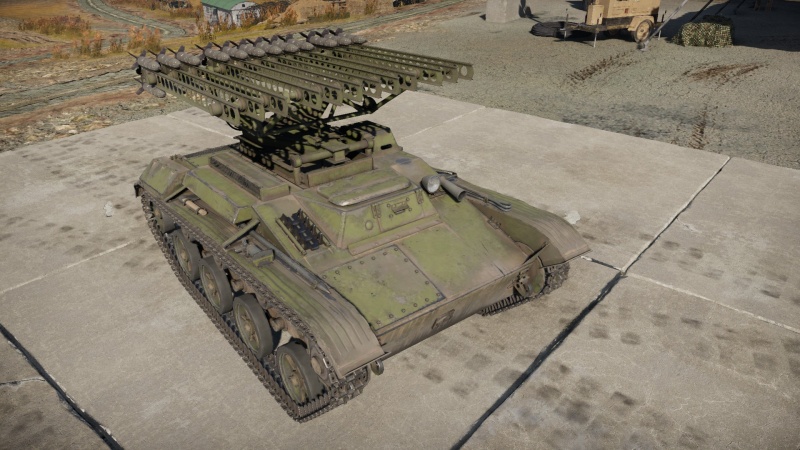 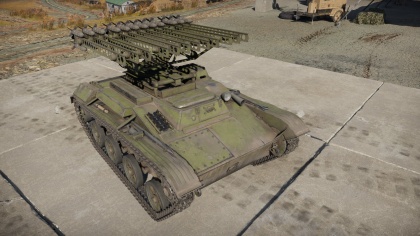 The BM-8-24 is premium rank I Soviet tank destroyer with a battle rating of 2.3 (AB/RB/SB). The tank was added in Update 1.53 "Firestorm". It is a T-60 chassis carrying Katyusha rocket launcher that can fire 24 rockets towards the enemy. It was also the vehicle that had to be used to unlock the BM-13N in the 2017 Victory Day Event. 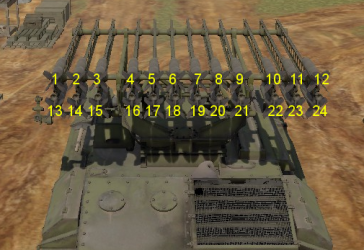 The BM-8-24 only offers 24 rockets as it's main armament, the ideal playstyle is use the terrain to hide from the enemies and wait for them to pass you by before you strike. A BM-8-24 is able to cause havoc on the battlefield, even with it's limited main armament. The rockets work best when they are fired in volley, it takes one well placed hit to knock out an enemy tank.

To do this, get close as you can and aim for the sides, you want to aim for biggest surface you can see. The rockets are not accurate as with any rocket tank, so aiming for sides offer your biggest chance to successfully hit the target. You only need one hit to penetrate and detonate inside of the enemy tank knocking it and awarding you the credit for it.

The BM-8-24 is weak, a single HE or APCBC round, in simple terms any round with HE filler which hits the ammo rack which contains all 24 rockets will see the tank explode, like a firework. Even shrapnel or machine gun fire hitting the rockets will destroy them, they may not detonate with some machine gun hits but the rocket will be destroyed, reducing the effective amount.