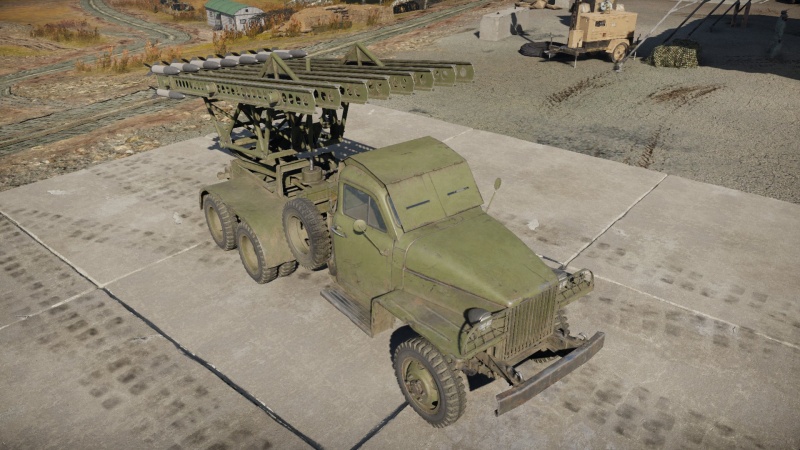 The BM-13N is a premium gift rank II Soviet tank destroyer with a battle rating of 3.3 (AB/RB/SB) also known as "Katyusha". It was introduced during Update 1.67 "Assault" as part of the 2017 Victory Day Event. The vehicle is unlocked during the event by destroying five vehicles using the BM-8-24. It later returned as part of the Hot Tracks trophy and is currently only obtainable from different trophies or the marketplace via a coupon.

Artillery
This truck is a real killer in an open field, provided it could hit its target before it is noticed. Since its main sight lack ranging marks, one should estimate the correct angle, shoot a rocket, watch where it lands, adjust fire, retry it as many time as it needs. Do not take too much time at range finding since a single shot can end your day. Once the correct angle is found, unleash hell on your enemies, blinding them with dust lifting up from the ground, detonating ammo racks and blasting off tracks. This is basically an intelligent artillery barrage. Once all rockets are fired, fall back behind ally lines, find a captured objective to reload at, repeat.