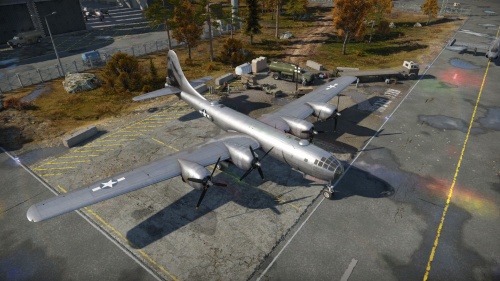 Skins and camouflages for the B-29A from live.warthunder.com.