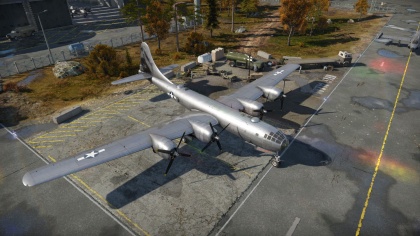 The B-29A-BN Superfortress is a Rank IV American heavy bomber with a battle rating of 7.0 (AB/RB/SB). It was introduced in Update 1.47 "Big Guns". The B-29 follows the B-24 Liberator in the U.S. bomber branch and is the last American propeller powered bomber in the US Tech Tree. It is one of the most powerful and heavily armed bombers in War Thunder.