Every year on the 1st April since 2015, War Thunder Wiki has held a special tradition of following Gaijin Entertainments lead in participating in April Fool's Day activities. From the addition of space-age fighters, ninja's attacking Australia, behemoth naval ships and the highly anticipated addition of World War I aircraft and vehicles, the War Thunder Wiki keeps its readers and contributors abreast of new game details as they emerge!

April Fool's Day is a day full of jokes, hoaxes, and other cruel teases that plays at the victim's willing to believe. The War Thunder Wiki decided to join that bandwagon of mischievous in 2015. Category and vehicle pages are introduced as an authentic and permanent addition to the wiki along with varying details to back up the articles to include images, maps and specific details on vehicles being added to the game. The reveal that the April Fool's Day pages are part of the April Fool's Event is either announced or called out by sceptical people who are aware of what time of the year it is.

Pranks pulled by the Wiki 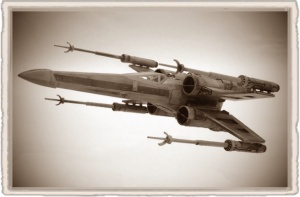