Difference between revisions of "Albatros-Klasse (143)" 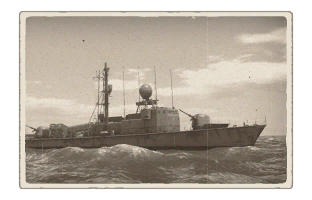 The Schnellboot Albatros-Klasse (143) is a rank V German fast attack craft with a battle rating of 4.0 (AB/RB/SB). It was introduced in Update 1.79 "Project X" as part of the fleet closed beta test.

Write about the ship's mobility. Evaluate its power and manoeuvrability, rudder rerouting speed, stopping speed at full tilt, with its maximum forward speed and reverse speed. 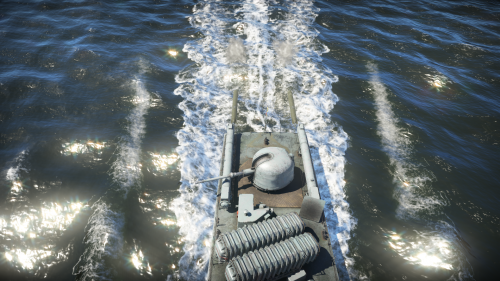 Albatros-Klasse (143) Albatros launching its two Seal DM2A1 torpedoes. Note how they are facing to the rear.
Main article: Seal DM2A1

In Realistic naval battles, the Type 143 Albatros is a mixed bag. Its high speed makes it great for rushing in to secure capture points and strategic positions at the start of the round. However, the ship lacks in the armour department, and with only 2 main guns, it can get overwhelmed by enemies easily. This ship is best used in a supporting role where its awesome 76 mm OTO Melara cannons can shred enemy ships while also benefiting from the extra firepower and protection of friendly craft. In a situation where a player finds themselves alone in the Type 143, it's best to use your speed to head toward friendly forces. It can be good in a one-on-one situation, but as soon as another enemy vessel arrives, the Albatros finds itself at a disadvantage. Torpedoes should be used in rush tactics against larger ships, however it's again advised to do so with support from other vessels. One round from a Destroyer or Cruiser can badly cripple or even kill the Albatros. 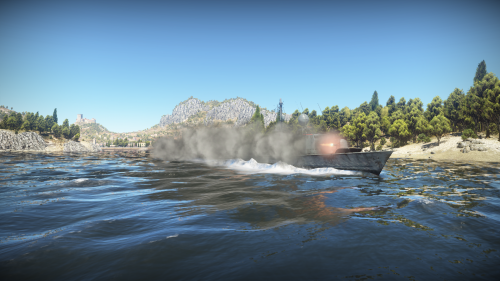 Describe the history of the creation and combat usage of the ship in more detail than in the introduction. If the historical reference turns out to be too long, take it to a separate article, taking a link to the article about the ship and adding a block "/ History" (example: https://wiki.warthunder.com/(Ship-name)/History) and add a link to it here using the main template. Be sure to reference text and sources by using <ref></ref>, as well as adding them at the end of the article with <references />. This section may also include the ship's dev blog entry (if applicable) and the in-game encyclopedia description (under === In-game description ===, also if applicable).