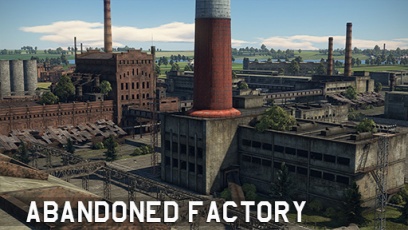 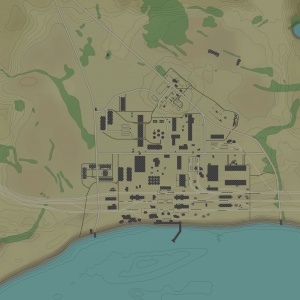 Abandoned Factory is a ground forces map available in all modes. As the name suggests the map is set around an abandoned Factory complex; in general it offers somewhat all-around combat, but mainly close quarters. Wooden train cars provide excellent ambushing points in AB, as they can be shot through. The south of the map depicts a rail yard, with train cars that can be shot through, and a number of small buildings / storage tanks. The middle area of the map is the main factory complex with a series of large buildings, storage tanks, and pipes to fight around. The north of the map is more open, taking place outside of the main complex; it consists of open areas, with a smaller complex consisting of a few small buildings, in the middle.

This map is based off of Stalingrad.

Domination
The Domination version of this map consists of 3 capture points running "vertically" down the center of the map, placing them a roughly equal distance from both teams spawns. Each team has a choice of two spawn points. 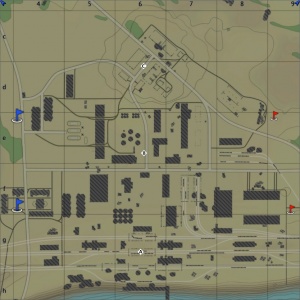 The Domination configuration of Abandoned Factory.

Conquest
There are three Conquest configurations of this map. Each configuration uses a capture zone in the same place as one of the domination ones. 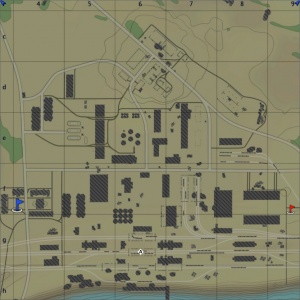 The Conquest #1 configuration, with the south point. 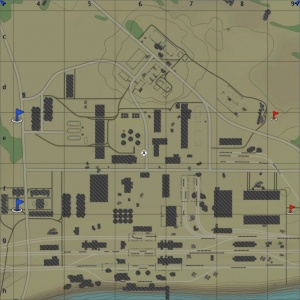 The Conquest #2 configuration, with the middle point. 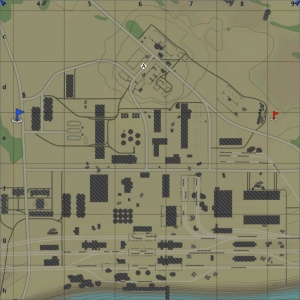 The Conquest #3 configuration, with the north point.

Battle
In the Battle configuration there are two capture points, each belonging to one of the teams. Both capture points are near each other, in the center of the map. 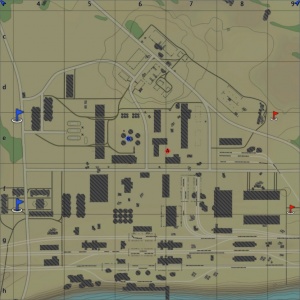 The Battle configuration, with the north point.