Difference between revisions of "AV-8A" 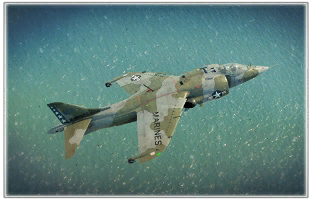 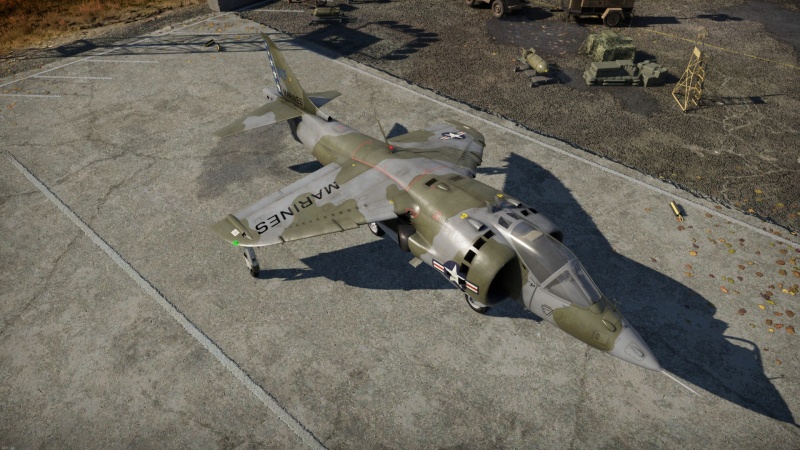 The AV-8A Harrier is a premium gift rank V American jet fighter with a battle rating of 9.3 (AB/RB/SB). It was introduced in Update "New Power". Like all members of the Harrier family the AV-8A is a VTOL aircraft with thrust vectoring nozzles, which allow it to take off and land vertically.

The AV-8A has no armour. The engine and all fuel tanks are packed in a tight cluster in the centre of the fuselage.

The AV-8A can be outfitted with the following ordnance:

The AV-8A can be considered a multirole aircraft which can focus in air-to-air combat, air to ground combat and air to sea combat. Its firepower and ordnance make it a competitive aircraft in all game modes. The roles can be divided in such: