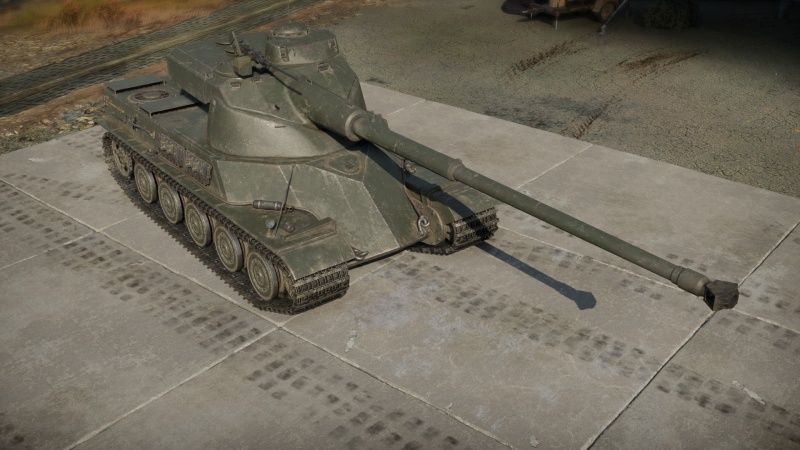 The AMX-50 Surblindé is a gift rank V French heavy tank with a battle rating of 8.0 (AB/RB/SB). It was introduced in Update 1.89 "Imperial Navy" and has the distinction of being the first gift vehicle of the French tech trees. Member of the French AMX-50 tanks family, it is very similar to the AMX-50 Surbaissé. Compared to it, it is lower, has a more protected turret armour and has a 20mm MG 151 canon at the top, which is very efficient against aircraft and lightly armoured targets. Anyway, it is also heavier and hasn't smoke grenades launchers compared to the Surbaissé.

It could be obtained as the highest reward of the first season "Recon under Fire" of the World War mode, but can also be bought on the War Thunder Market.