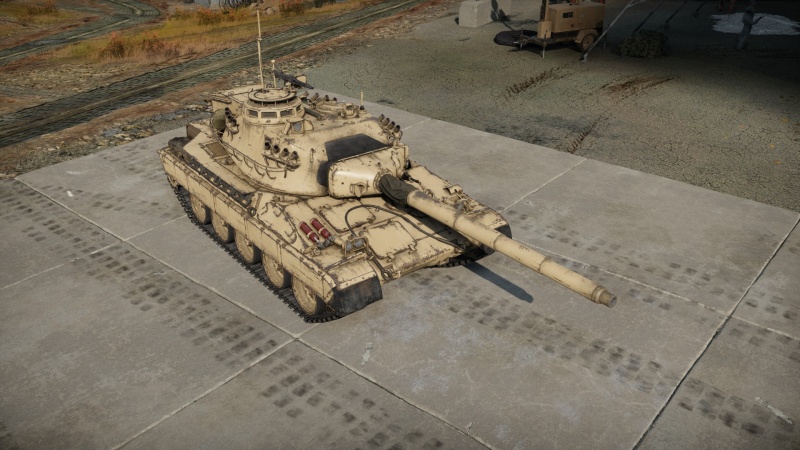 The main shell, the OFL 105 F1 APFSDS, is very capable of penetrating most of what it sees with a frontal shot as it has 350 mm of penetration at 0 degrees from 500 m away. The OCC 105 F1 HEATFS may be very useful against light targets such as SPAAG or light tanks. The OFPH 105 F1 smoke shell provides extra ranged covering smoke in order to mask you or your team (possibly even blinding the enemy) in combat. 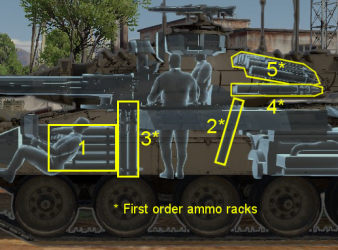