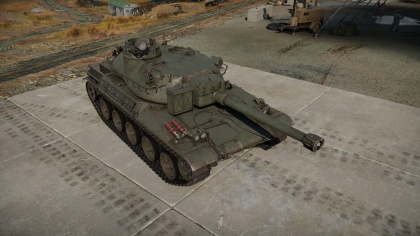 The AMX-30 ACRA is a Rank VI French tank destroyer with a battle rating of 8.3 (AB/RB/SB).

An other good point with the gun is that you don't need to stop the tank to fire, allowing you to play like a stabilized MBT.