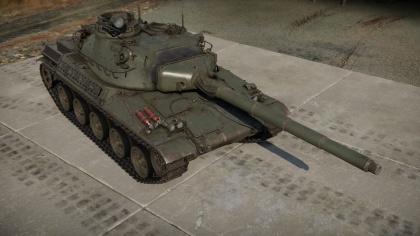 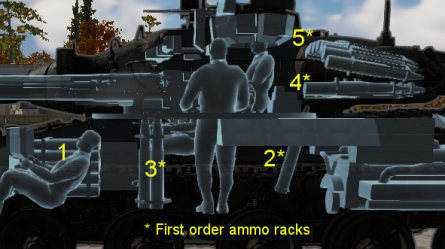 Ammo racks of the AMX-30.
The CN-105-F1 cannon fires single-piece ammunition from two stowages, the primary rack found in the rear of the turret, and the secondary rack located in the hull front to the right of the driver. It'll take the loader about 13 seconds to stock a round into the ready rack from the hull rack.