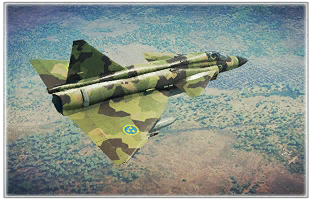 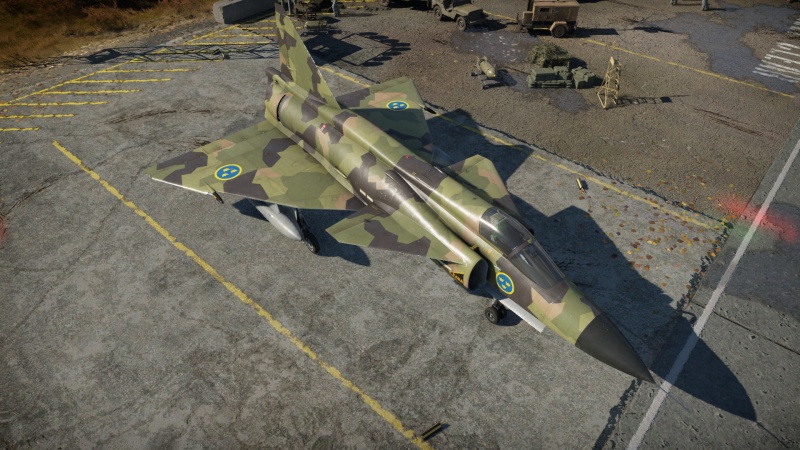 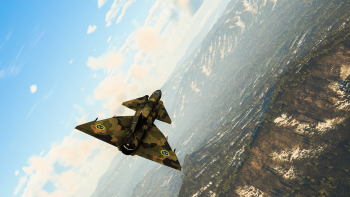 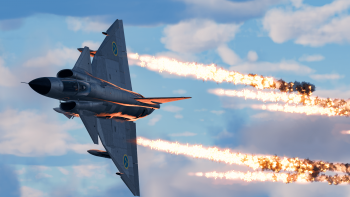 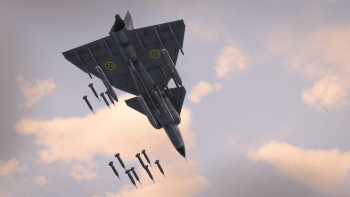 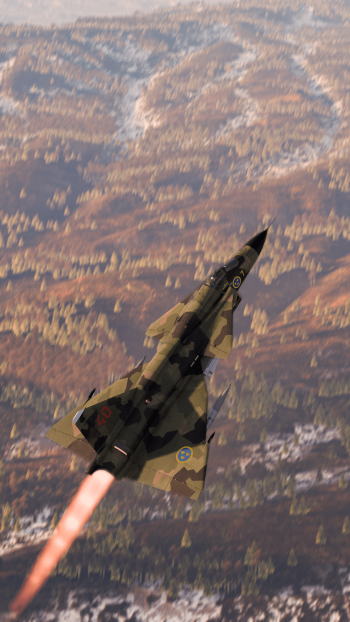 The AJ37 has no limitations when it comes to flight performance. The acceleration, manoeuvrability, and top speed outclasses almost any aircraft it faces, giving it plenty of wiggle room for engaging anything it wants. The downside lies in the suspended weaponry, which is very limited for a plane its size. Being unable to carry more than two missiles, and having to choose between countermeasures or gun pods makes engaging air targets in this aircraft troublesome. These downsides are entirely dependent on the opponents a pilot is going against, as some aircraft might have even less to work with than the AJ37, making them easy prey. In downtiers, the AJ37 can become unstoppable as the armament becomes secondary. Since the AJ37 is one of the best handling supersonic aircraft, facing subsonic and transonic opponents is a walk in the park. When facing these sorts of aircraft, firepower should always be prioritized to maximize the amount of damage the plane can put out. Here, a pilot should focus on going straight in, keeping opponents busy for allied teammates.

When facing more potent opponents, however, especially those at higher tiers, the lacklustre weaponry becomes apparent. The AJ37 carries half the expected amount of missiles and has no all-aspect capability. On top of this, opponents at this tier often carry potent missiles that require flares to properly avoid. This forces a decision to be made before battle. Since the AJ37 is unable to carry flares and guns simultaneously, a pilot has to decide between having better defensive options, or more offensive capability. This often boils down to pilot skill and playstyle, as flying around without countermeasures requires careful planning and split-second decision-making to avoid incoming missiles. In these matches, especially when playing without flares, the AJ37 should stay behind teammates, flanking towards the sides in hope of catching opponents off-guard or by themselves.