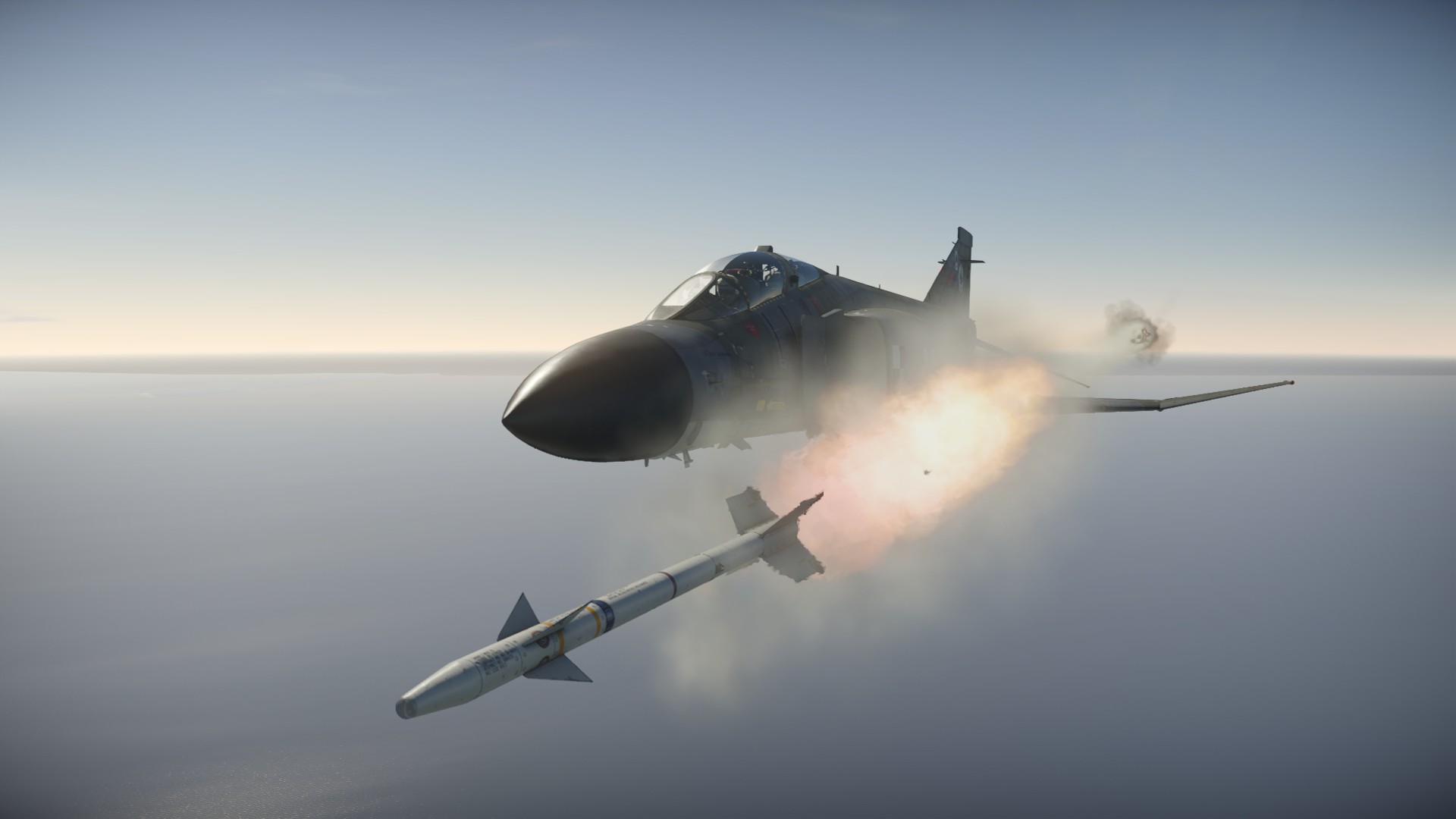 The AIM-9D is an American Infrared homing air-to-air missile, it was introduced in Update 1.93 "Shark Attack", along with the Phantom FGR.2 (the only aircraft which currently carries it).

Where the AIM-9D truly excels is in longer range engagements. Ideally you should fire the AIM-9D at a target 2 km or more away from you, and if the target is manoeuvring you should use the uncaged seeker to "lead" the missile (although this starts becoming less important at longer ranges. The AIM-9D has a stated maximum locking distance of 5 km; in practice this means that from the rear you can lock on to most non-afterburning jets at about 4.5 km; however as afterburners produce a lot of heat you can lock on to an afterburning jet as far away as 10 km (and possibly even hit them to).