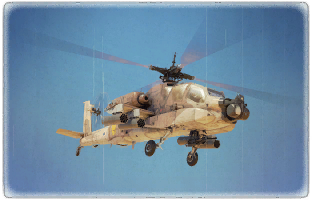 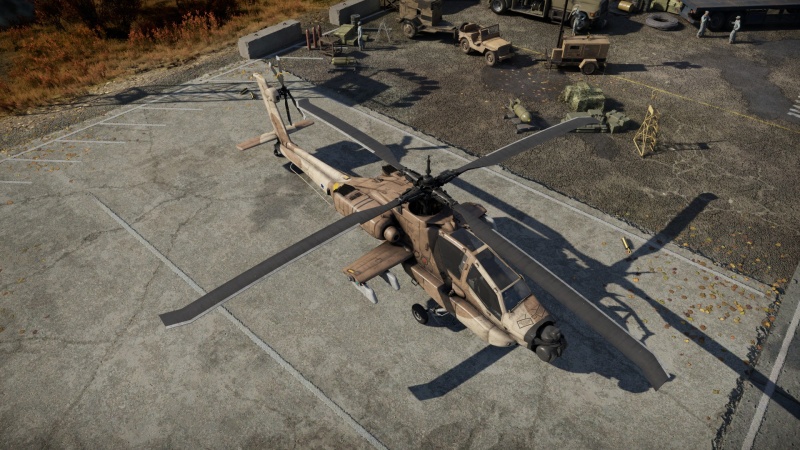 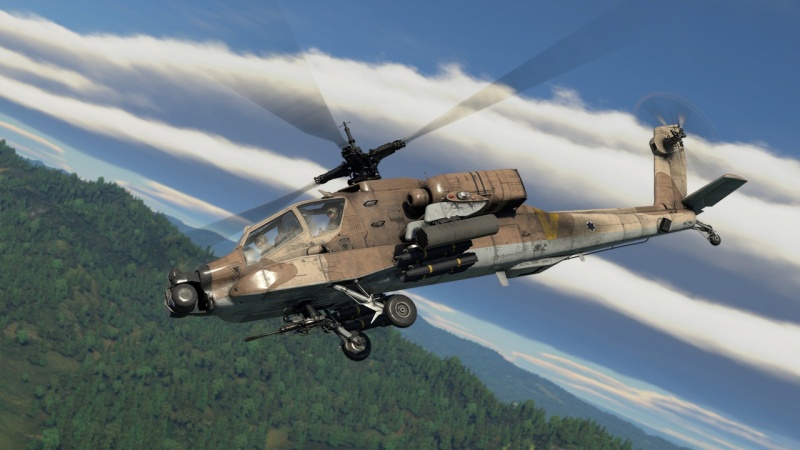 The ▃AH-64A Peten is a premium gift rank VI American attack helicopter with a battle rating of 10.3 (AB/SB) and 10.7 (RB). It was introduced as a premium pack in Update 1.97 "Viking Fury". It was removed from the store at the start of the Israeli ground forces CBT.

The AH-64A Peten is one of the fastest helicopters in the game as it has a very powerful engine, which also gives the Peten a good climb rate. Manoeuvrability at high speed is excellent.

The AH-64A Peten (USA) can be outfitted with the following ordnance presets:

The Peten can carry up to 16 Hellfire ATGMs with over 1,000 mm of pen, 76 Hydra rockets with over 200 mm of pen, or 8 Stinger AAMs. The weapons are carried on the stub wings and can be carried in several different variations. The Hellfires are excellent missiles, although since the player must keep "painting" a laser beam on the target, misses can occur if the target lock slips. The Hydra rockets are generally very effective, especially when used with the ballistic computer. 76 rockets is enough for 3-5 tanks if they are used by an experienced player. However, the Stinger AAMs are not the best in the game by any stretch, with relatively little explosive mass and only a 10G overload. They may take 2-3 hits to damage aircraft, and heavily armoured helicopters such as the Mi-28 may survive multiple hits.