From War Thunder Wiki
Revision as of 13:32, 10 August 2018 by VolgaIgor (talk | contribs) (Created page with "{{Specs-Card|code=douglas_ad_2}} == Description == ''In the description, the first part needs to be about the history of and the creation and combat usage of the aircraft, as...")
(diff) ← Older revision | Approved revision (diff) | Latest revision (diff) | Newer revision → (diff)
Jump to: navigation, search
RANK 5 SWEDEN
SAAB J-29D PACK
BUYREAD ARTICLE
AD-2 Skyraider 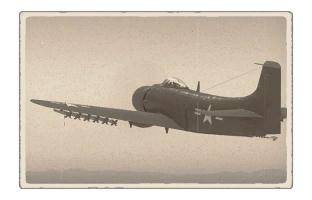