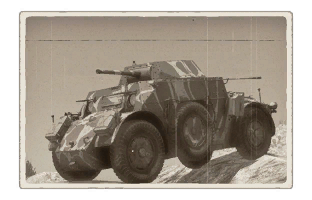 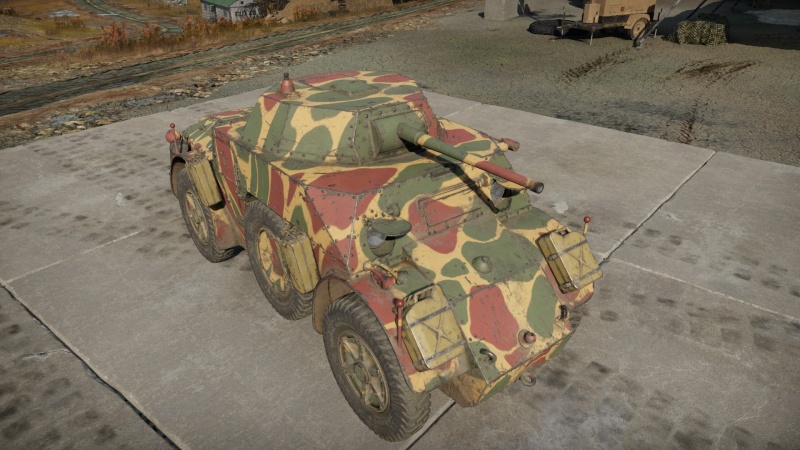 As a thin-skinned armoured car, the AB 43 offers very little in the way of real protection with 8 mm of armour all around, and a slightly thicker 35 mm gun mantlet. This struggles to keep out heavy machine gun fire at anything other than long range and remains extremely vulnerable to artillery and strafing aircraft. However, the vehicle's internal modules are relatively widely spaced, so that AP rounds will often not knock out the AB 43 in a single hit. The car's low-mounted racks also reduce the likelihood of ammunition detonation. 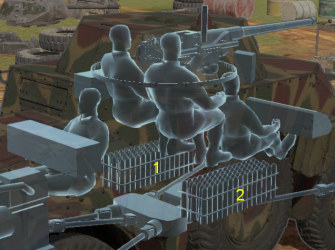 The AB43 makes for an extremely effective vehicle at its BR, combining outstanding mobility with an effective gun. This allows the vehicle to scout extremely well for its team, while still having the firepower to punish enemies who allow it to flank. Urban maps give the vehicle a chance to use its speed and mobility to quickly enter caps and good flanking positions, and their close-range gives the car a chance to outmanoeuvre larger enemies and fire shots into their rear and side armour.

On larger rural maps the AB43 will have to stick to roads in order to maintain its speed advantage, so players should be careful not to charge directly into enemy tanks. Players must be careful not to get caught out in the open, as the vehicles' tall profile makes it an easy target for enemies firing from a distance even when moving quickly.

The most consistently dangerous enemies for the AB43 are those with fast traversing, fast-firing guns that can hit the car as it races around the map. Heavy tanks such as the KV-1 are effectively immune to the 47mm gun, but only appear if the AB43 is teamed with higher-rank Italian tanks.