Difference between revisions of "A6M5 Hei" 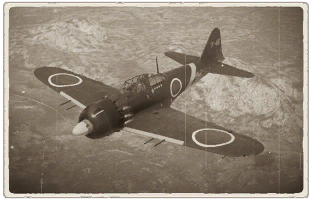 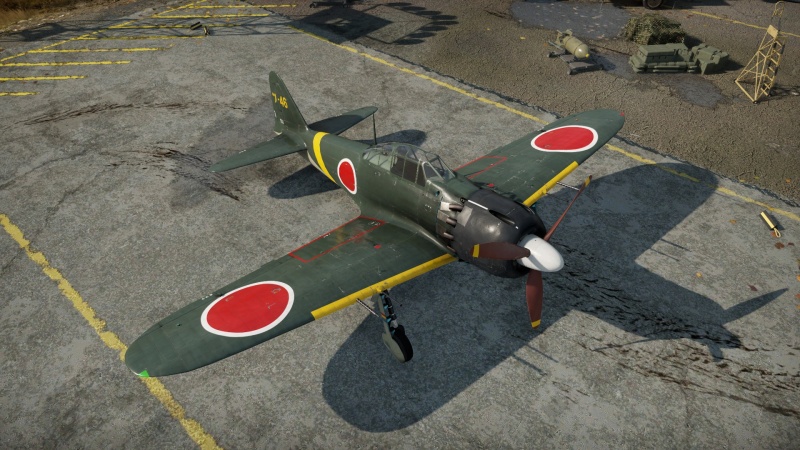 The A6M5 Hei is a rank III Japanese fighter with a battle rating of 4.7 (AB/RB) and 5.0 (SB). It was introduced in Update "Ixwa Strike". The A6M5 Hei offers a good offensive armament as well as various payload options. The plane also has armour and self-sealing fuel tanks, grating a better durability. It retains the good flight performance on the Zero family with a turn time short enough to outmanoeuvre enemy fighters, although it can feel a little sluggish to people used to early variants. However, pilots will generally notice a reduced rate of climb, and poor acceleration. 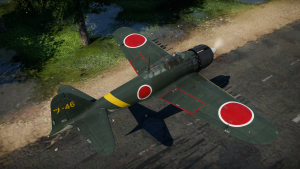 Due to the weight of the self-sealing fuel tanks, pilot armour, and the additional heavy machine guns, the climb rate on this plane is rather poor for its BR. The engine won't overheat under combat conditions. The A6M5 Hei can feel quite sluggish as it cannot turn as well as other planes in the A6M5 family. However, while the plane's turning ability is hampered by the extra weight, you will still be able to out-turn every other plane. 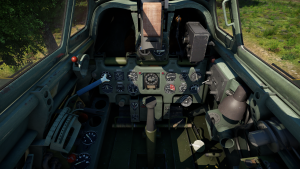 This is the only plane in the Zero family with self-sealing fuel tanks. The A6M5 hei has three armoured components:

This armour is enough to survive light machine gun fire and light AA fire. However, the A6M5 Hei is still very fragile: don't rely solely on this armour, because the guns you will be facing at its battle rating will not be stopped by it. The self-sealing fuel tanks allow you to put out wing fires. 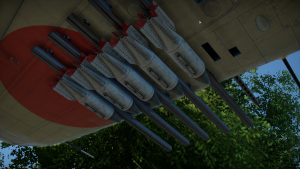 The A6M5 Hei is capable of carrying up to ten rockets 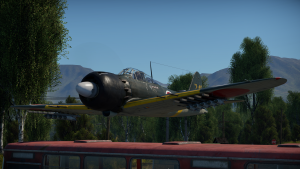 The A6M5 Hei cruises over Seversk 13, a map introduced in the same patch as the plane

In Air RB, your primary focus is to engage fighters. Do not bring any payload options for this plane, as it will weigh you down significantly. Select 400 m for the gun convergence, use the Ground Targets belt for your 13 mm guns, and the Universal or Tracers belts for your 20 mm cannons. Climb at a 15° angle and you may want to try a slight side climb on smaller maps. Try climbing and staying with your team. You will be outclassed by many fighters, so play to your strengths. Engage targets that have low energy states, and try to dogfight them. Do not engage in head-ons or high altitude fighting and stay close to your allied aircraft, as the A6M5 hei works well when an enemy is overfocused on an allied plane. Try not to stall out in this plane, as your weight is increased and the relatively weak engine won't allow you to recover from stalls easily.

In Air Arcade, this plane is extremely versatile: it can engage enemy ground units with rockets, intercept bombers and hunt enemy fighters. Engage in turnfights to reduce your exposure to enemy fire and play with caution, as this plane is fragile.

In mixed battles, the 250 kg bomb is your best option. You can fly extremely low to the ground thanks to the plane's superb manoeuvrability. Set a 1.5 second fuse on the bomb and drop it really close to the target. Once you have spent all ordnance, you can either take on fighter duties or return to the airfield and rearm. 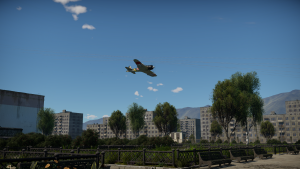 A6M5 Hei from a scenic view
Specific enemies worth noting

The Zero's manual engine controls are simple to learn. The propeller pitch should be kept at 95% at all times. The radiators both should be kept between 5 and 15% depending if you are on a hot or cold map. The second supercharger gear should be activated at 3,500 m and above.

Faced with the increasing threat of American high-altitude bombing raids, Japanese engineers had little choice but to further modify the A6M, despite knowing it was vastly inferior to the latest aircraft flown by the Allies. As a result, in September 1944, Mitsubishi rolled out the A6M5 Hei; a modification of the late war 'Zero' design, but outfitted with a stronger weapons arsenal, including an expanded range of secondary weapons the aircraft could carry.

Tests of the aircraft revealed substantially degraded performance characteristics over previous variants due to weight increases. As fitting the aircraft with a different, more powerful engine, wasn't possible, the A6M5 Hei was accepted into service nonetheless, despite its worse performance. However, as the A6M5 Hei entered production in the last stages of WWII, its production numbers remained low, chiefly due to the decreasing Japanese industrial capacity in the final months of the war. In total, over 90 units of the A6M5 Hei were produced by Mitsubishi alone by the end of WWII, with no available production data from Nakajima.