Difference between revisions of "A6M2 (USA)" 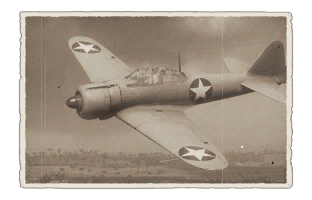 The ▃A6M2 Reisen is a premium rank III American fighter with a battle rating of 3.7 (AB/SB) and 3.3 (RB). It was in the game since the start of the Open Beta Test prior to Update 1.27. A captured Japanese A6M2, this vehicle performs identical to its origin counterpart.

The Zero's lightly loaded, high lift wing and low weight make it a dream to fly at speeds below 400 kph, with an ability to execute wild gyrations and zoom climbs at the whim of the pilot. However, the Zero is hard to handle as it approaches speeds of 480 kph.

Force an enemy pilot into a dogfight at 370 - 400 kph and below 6,000 meters. At this speed and altitude, no enemy fighter can out-manoeuvre or out-climb you. Jump on cruising enemy aircraft from above. Fasten onto the tail of the bandit, use your superior manoeuvrability to match his evasive moves, and put enough rounds into him to bring him down. Use your machine guns first to "bore-sight" the enemy - once you get hits on him, finish him off with your cannons. Below 480 kph you can fling the Zero all over the sky to get on an enemy's tail or to shake off all but the most determined attacker. Climb away from most enemy aircraft, hanging on your prop in a near-vertical climb. Manoeuvres like the Immelmann are easy, and heavier fighters can't stay with you. The Zero rolls faster to the left than to the right. Roll left to tighten your turn and get onto the enemy's six. Don't dive away from attackers - your plane doesn't have the power or weight to out-run most fighters. To exploit your plane's best performance, force the enemy lower and slow down the pace of the engagement.

The aircraft was developed by the Mitsubishi Company's design bureau. A prototype model made its first flight on April 1, 1939. Full-scale production began in June 1940. The plane was accepted for service with the Imperial Japanese Navy under the designation of Navy Type 0 Model 11 Carrier Fighter.

During World War II, the first Zero captured by the Americans in flyable condition was the A6M2 (Model 21), more commonly known as the Akutan Zero (after the name of the island that the plane crash-landed on) or Koga's Zero (after the pilot's name).

In June 1942, while preparing to capture Midway Atoll, the Northern Force of the Imperial Japanese Navy was operating in the area of the Aleutian Islands. The plan was to create a diversion and attack the US Navy base at Dutch Harbor, on the island of Unalaska.

On June 4, 1942, during the raid on Dutch Harbor, the A6M2 fighter with serial number 4593 was launched from the aircraft carrier Ryujo and its oil line was damaged in battle. Tadayoshi Koga, the Flight Petty Officer 1st Class who piloted the aircraft, attempted a forced landing on the desert island of Akutan. The pilot mistook swampy tundra for hard soil, and the plane nosed over upon landing, killing the pilot. About a month later, the plane was discovered by an American Catalina flying boat. Inspection showed that it had been minimally damaged upon landing.

The Americans transported the Akutan Zero away from the island and sent it to Naval Air Station North Island, California, where it was completely restored.

The restored Akutan Zero made its first flight from NAS North Island on September 20, 1942. The trophy was extensively tested, its weak points were revealed, and the tactical manoeuvre was developed, allowing American fighters to gain an advantage over the Zero. The Akutan Zero was subsequently used to imitate the enemy during combat training for American pilots. Some experienced pilots were given the opportunity to fly the A6M2 in order to make an objective assessment of its strong and weak points. Air duels were simulated between the Akutan Zero and main Navy fighters, such as the F6F and the F4U. Later, similar simulated air duels were performed with army fighters, such as the P-38, the P-39, the P-40, and the P-51.

The Akutan Zero was destroyed in February 1945 when it collided with an SB2C Helldiver dive bomber while taxiing for takeoff."

Skin and Camouflages for the A6M2 (USA) in Warthunder Live.