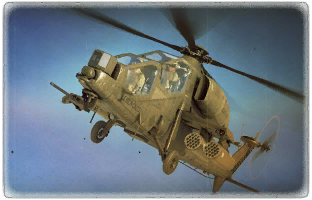 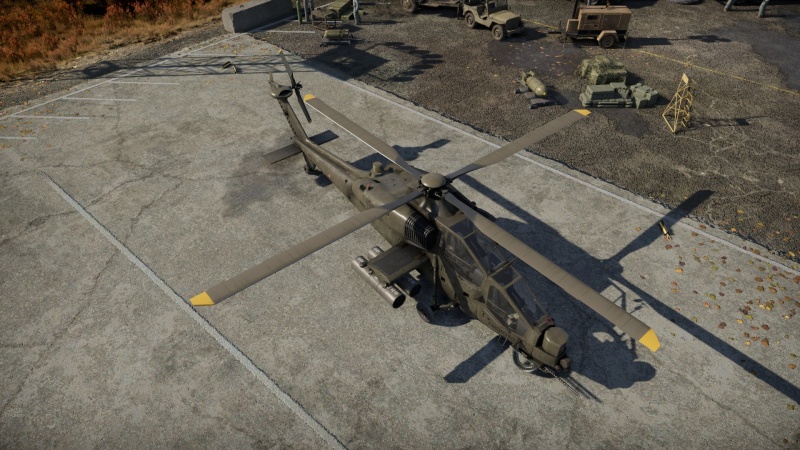 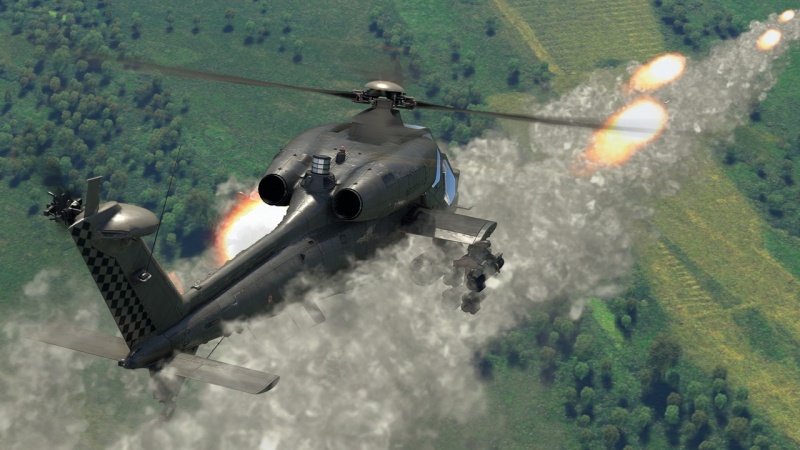 The A-129 International Prototype is a premium gift rank VI Italian attack helicopter with a battle rating of 9.7 (AB/SB) and 10.0 (RB). It was introduced as a premium pack in Update 1.93 "Shark Attack" and was removed from the store after the 2021 May sale. 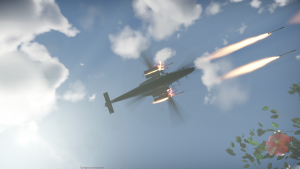 The A-129 International (p) can be outfitted with the following ordnance presets:

The A129 International was designed to meet a wide variety of missions under all-weather conditions, day or night. These ranged from armed scout and reconnaissance to high-intensity air-to-ground and air-to-air capability. One of the many great qualities of this variant according to Agusta employees was that the A129 International would be much more than just a regular light antitank helicopter, it would also be the most cost-effective combat rotorcraft in its class. This was clearly a defining factor as unlike nations such as the US, Italy would market its military vehicles to nations that might not have a big budget to spend on their militaries. That said, it also meant regular militaries could buy more units of the aircraft if needed which would be able to do the same things as other vehicles of the era, such as the AH-64 Apache, at a much lower cost. The A129 International would prove this by beginning to integrate many different weapon systems that at the time, were some of the best in their class. Weapon systems such as Hellfire and TOW ATGMs came standard with the helicopter, however what was more interesting was the integration of air-to-air missiles, such as the Stinger or Mistral.

During the development of the International, the aircraft would undergo several variations on usually the same airframe, each version integrating different armaments. Some other changes also included different types of thermal imaging sights, a .50 cal turret, an enclosed triple .50 cal turret, or what is now staple of the A129CBT, the 20 mm M197 three-barrel Gatling-type rotary cannon. All International variants had access to the LHTEC T800 engine, which was an improvement from the base variant of the Mangusta. It allowed the International to have a higher top speed and overall output to reach its surface ceiling quicker than the base variant.

The model in-game is a proposed variant which was envisioned to mount the Lucas 12.7 mm turret, it doesn't seem like it was ever actually made in this configuration however.

Sadly no nation would ultimately be interested in actually buying such an aircraft, so the International was then brought back to Italy, and was no longer offered to any countries. (Around a decade later, the Turkish government would make the T-129 with the help of Italy, a modified A-129 for the Turkish armed forces). What was used from the A129 International however would be re-used for a special upgrade to the Italian A129s, which brought them to the "CBT" or "Combat" standard. The CBTs would incorporate the majority of the new advancements from the International into the Italian army Mangustas, with only minor differences such as opting for a Rolls Royce engine instead of the LHTEC one.