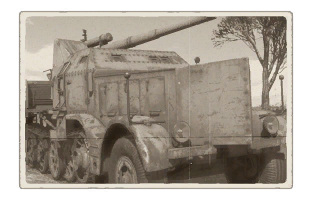 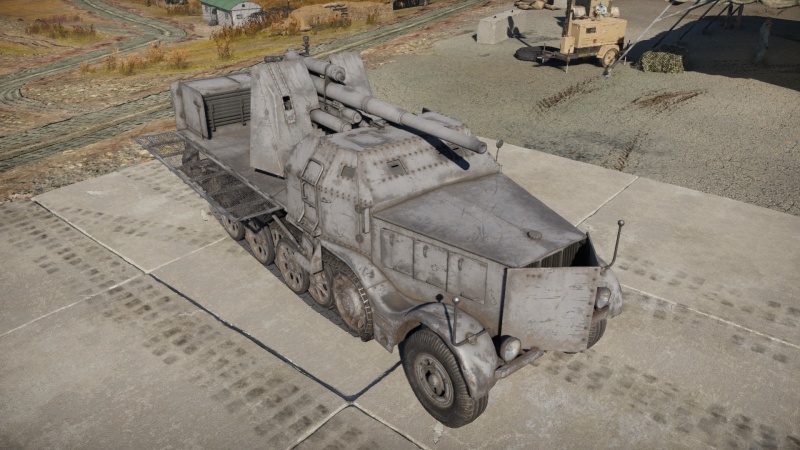 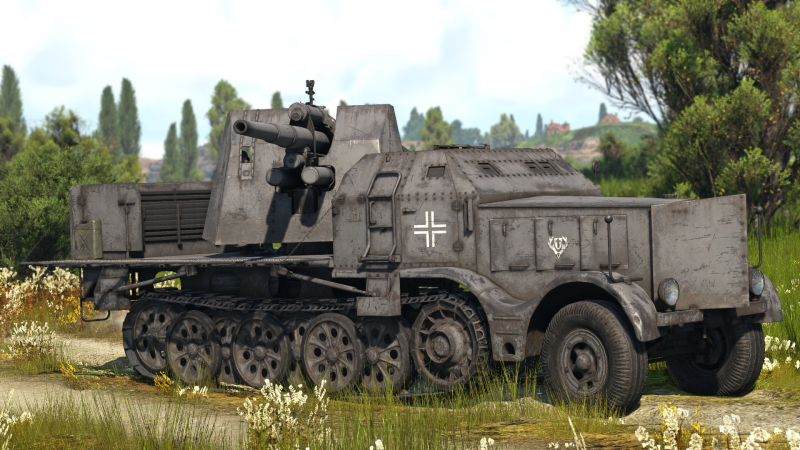 The 8.8cm Flak 37 Selbstfahrlafette auf 18 ton Zugkraftwagen is a rank III German tank destroyer with a battle rating of 4.7 (AB), 4.0 (RB), and 3.7 (SB). It was introduced in Update 1.63 "Desert Hunters". It features the famous 8.8 cm FlaK 37 cannon on a half-track mount, presenting heavy firepower at the cost of armour and even mobility due to its heavy weight.

The vehicle is affectionately nicknamed as the "Flak-Bus" or the "Flak-Track".

There are multiple ways to destroy this vehicle. Users must take note that the design of the targeted vehicle has separated compartments for driving, gunnery and ammunition storage. Each one must be targeted best in accordance to different situations presented. Attacking forces unfamiliar with the vehicle may be confused as to which compartment to target first; the exposed ammunition storage, disable the gunnery or disable its movements; valuable time expended on this decision usually results in destruction of the unwitting user's vehicle. This does not become a problem if attacking vehicles are equipped with High-Explosive shells, as even a glancing hit will completely disable or destroy it without the need to selectively target individual compartments. If not equipped with High=Explosive Shells and the user is unfamiliar with the target vehicle, they may opt do disable the gunnery controls first and buying more valuable time to target the remaining compartments. Alternatively, due to the vehicle being constructed of light armour, can be easily perforated with 50. or higher caliber shells to ensure quick destruction if the first shell misses or fails to deal critical damage. Artillery Strike can also easily and quickly disable or destroy the vehicle. Due to the exposed crew and light armour, a brief strafe from Fighter or Bomber aircraft can also quickly disable or destroy it in a single pass. Most AP rounds, however, especially 75 and 88 mm rounds, if they hit the ammo rack from the front or rear, will not finish the Flak 37 off. The best chance to destroy a Flakbus with an Ammunition Load Detonation is to shoot the Box that is mounted on the rear of the hull, from the side. 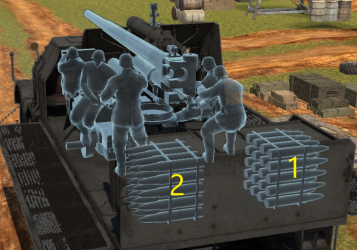 Despite the presence of a whopping 88 mm gun on the back of this half-track, the complete lack of any armour, as well as the overpressure mechanic, give this vehicle a short lifespan on the front lines. Thus, the best course is to keep the half-track as far away from the battle as possible.

The gun has a slow gun traverse and a terrible depression when angled towards the front, so firing against targets at close range on level ground will leave the vulnerable and unable to return fire against targets of low-profile chassis. The gun however can be depressed further at a lower degree when pointed to the sides and rear of the vehicle as it provides more physical clearance. As such when engaging targets on level ground at close to medium ranges, it is recommended to turn the entire vehicle clockwise or counterclockwise for 45 degrees and the gun turret 45 degrees in opposition to the angle of the chassis for clearance. This should be accomplished only in areas with enough maneuvering room to ingress and egress to guarantee clearance, or else the half-rack will find itself stuck (in some cases literally) between a rock and a hard place. Find cover behind rocks or other obstacles, inch out of cover only enough to show the gun, then race back into cover after firing to avoid being shot and losing valuable crew members.