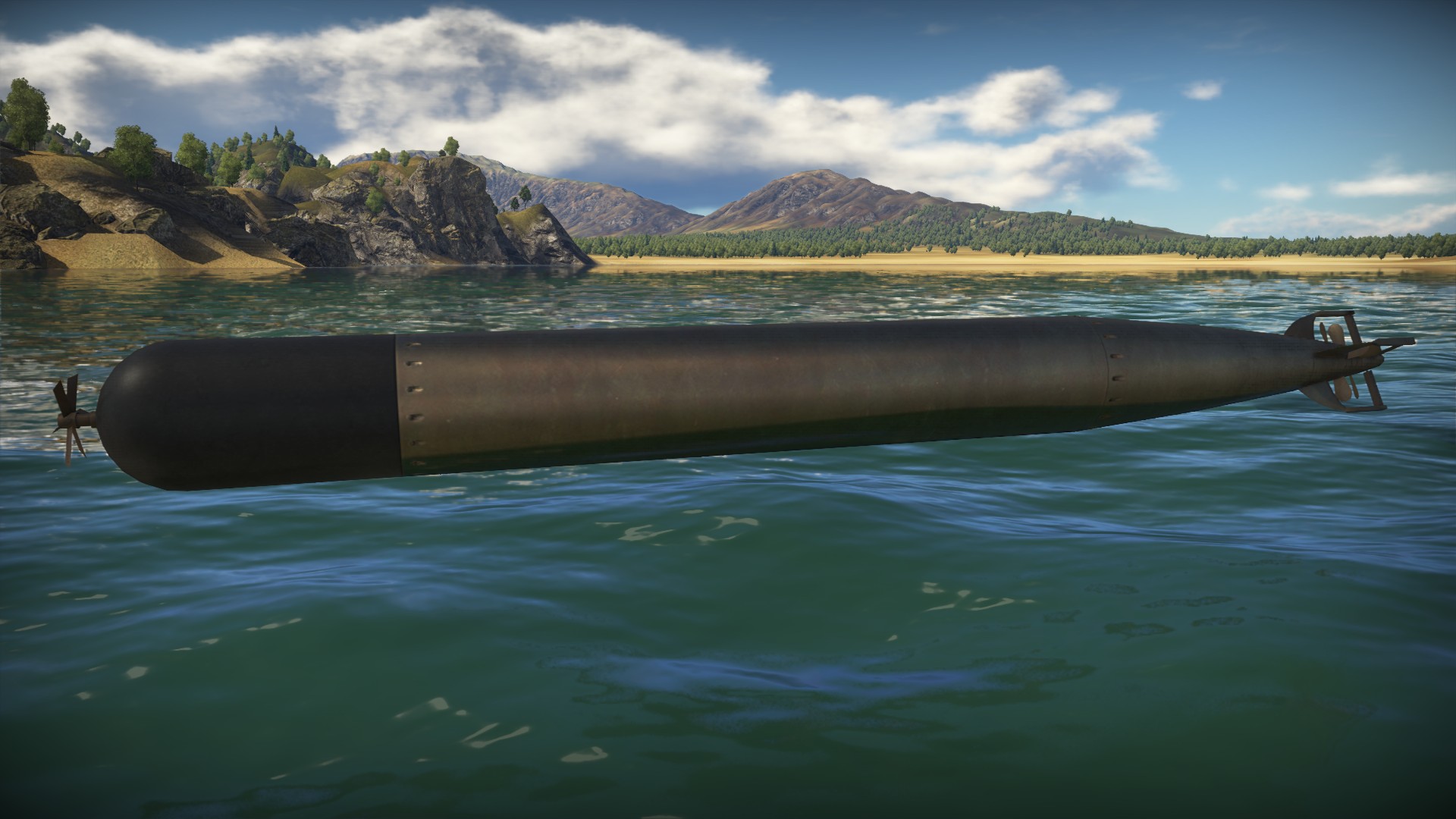 The 18-inch Mark XII' or simply Mark XII is a British torpedo. Although designed for use as a aerial launch torpedo, it is used on some early Motor Torpedo Boats (MTBs), such as the MTB-1 1 series.

The Mark XII is a relatively early torpedo. Deigned for aerial use it has a lower weight and explosive mass than some other torpedoes, however is relatively fast in the water.

The Naval version of the torpedo has an optional "Torpedo Mode" modification which reduces the range from 3.2 km to 1.37 km, but bumps up the speed by 5 kph, bringing it to 74 kph.

Like other torpedoes, when launched from a ship, the Mark XII can kill just about anything smaller than a destroyer with a single hit (or even a near miss). It is possible for some destroyers to survive a hit from a ship launched Mark XII torpedo, and cruisers can almost always take multiple hits from a Mark XII without being destroyed (the torpedo will still tart major fires and hull breaches, but won't instantly hull break the ship).

Air launched Mark XIIs seem to be more powerful and can often kill cruisers (of the player controlled variety) in a single hit.

The closest comparison to the Mark XII (with regards to naval battles) is the German LT 1A/1 (also a 45 cm torpedo found at reserve tier). By comparison the Mark XII is much faster, however the German torpedo has a larger warhead. The Japanese Type 2 (a 45 cm torpedo found on the Japanese reserve ship) is an all round better torpedo being both faster and having a larger warhead.

Compared to the larger American Mk.8-3 C/D 53 cm torpedo (found at reserve tier), and German G7a the Mark XII has much better speed but a smaller warhead.

The Mark VII is relatively fast compared to other low tier torpedoes in naval battles and has a compatible range, allowing you to hit further away targets easier.