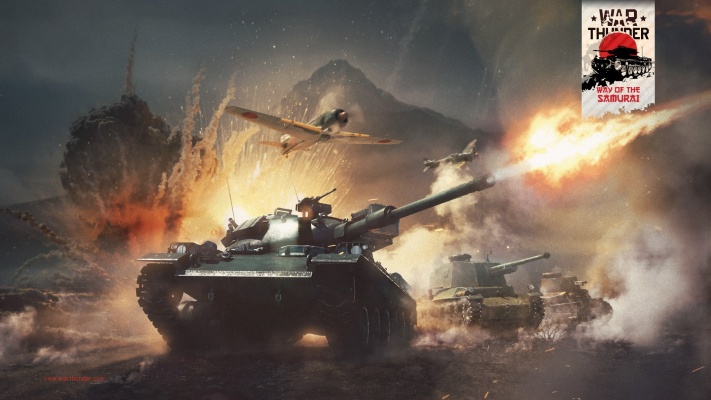 Update 1.65 "Way of the Samurai"(changelog) was introduced on 20 December 2016. The update is distinguished by being the official release of War Thunder, as well as introducing the Japan tank tree and low detail "scaled" cockpits for all aircraft which did not have a cockpit.

Range parameters for the detection of ground vehicles have been changed.

* - until the visibility calculation algorithm is improved

A bug where on occasion the sound of the aircraft isn't played in a replay, has been fixed (source). A bug where the waiting player numbers is displayed incorrectly in the queue has been fixed. Client stability has been improved.

A bug where occasionally a vehicle’s DM icon became magnified has been fixed (source). Client stability has been improved.

The exact distance values may be found in the “Keen Vision” skill description.