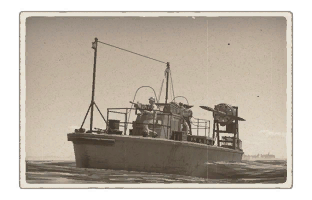 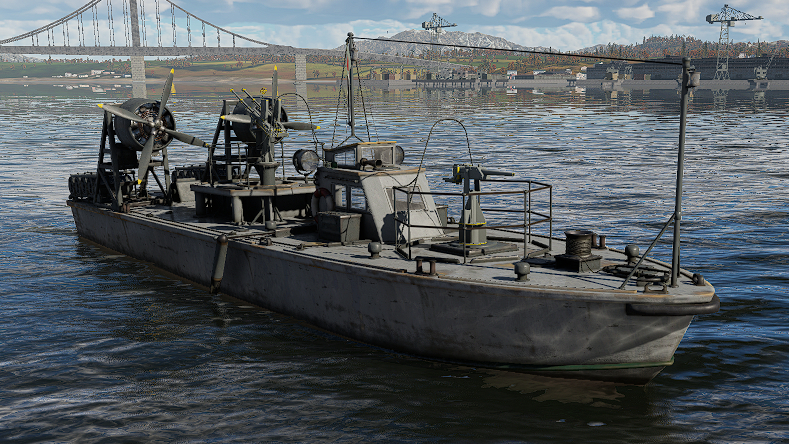 The Model 4 is protected by the standard 40 mm of wood making up the hull, which doesn't offer much actual protection overall. All but the smallest weapons will be able to cause structural damage at most combat ranges, and the vast majority of weapons will be able to penetrate the hull to damage internal components. Of note however are this boats engines- it has three, one conventional engine in the hull of the boat, with two additional exposed aircraft engines towards the back of the deck, this gives it more speed but as the engines are exposed, they're very weak to fire, one or two cannon shots will render them out of action; on the plus side however, these engines are still small targets and hard to hit, so as long as you're not making yourself an easy target they shouldn't catch too much fire.

The Model 4 is very impressive mobility wise, it can reach 71 km/h in RB modes, and 107 km/h in AB modes, making it one of the fastest Japanese vessels overall. It's also very responsive to control inputs, and will turn very quickly, meaning that if need be, you can turn a full 180 degrees and retreat instead of reversing, as long as the speed is kept high this vessel will remain very manoeuvrable.

The Model 4 uses the Type 4 37 mm naval cannon as its primary weapon, it has a relatively quick reload but an overall unimpressive damage output. It has access to two types of ammunition.

Overall the HE is the round to main when playing the Model 2, the APHE just doesn't do enough reliable damage to make it worth using as a primary round, the HE will cause much more damage structurally. It's only really viable to use at closer ranges as well, it's not the easiest gun to aim at long range and at close range the secondary 20 mm cannon will be a more reliable weapon, even against armoured targets. 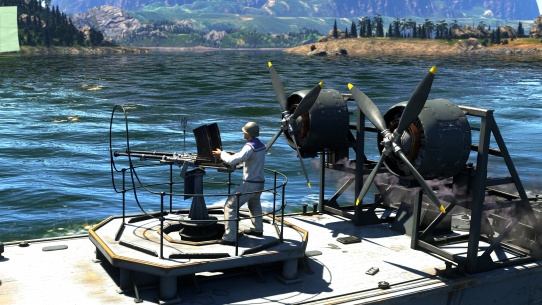 The Model 4 is equipped with twin 20 mm Type 98 cannons for its secondary weapon. These cannons perform very well against aircraft and boats alike, however they can only fire to the sides of the boat, due to the bridge and exposed engines blocking the line of fire. All in all, its a modestly powerful weapon and more reliable than the primary 37 mm gun. It works well at close range, and can function adequately up to around 1500 meters, but at this distance it will struggle to do a lot of damage. The magazine contains 20 rounds and reloads very quickly, allowing for a steady stream of fire against enemy vessels or aircraft. It comes with three belts-

Overall, the HET type rounds do the most damage consistently to most of the vessels you'll be coming across, so it's best to take a lot of HET belts, though also consider bringing some armour piercing belts in case you come across some more heavily armoured boats, as the 20 mm has more penetration with its AP rounds than the APHE shell on the 37 mm primary. 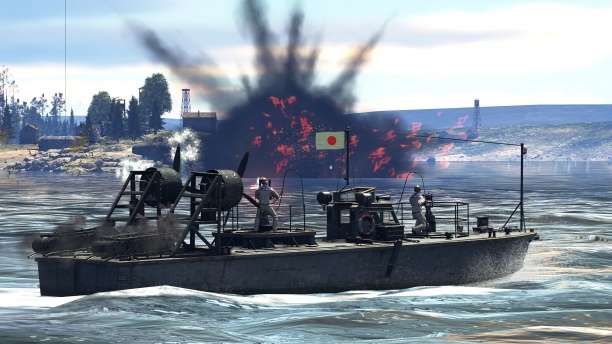 Despite the impressive speed of the Model 4, being too aggressive with it will often prove fatal, its' survivability overall is fairly poor, so you really don't want to get caught out. You're going to want to use the twin 20 mm cannons as your primary weapon as they are by far superior to the 37 mm, and because of this you'll need to plan your route through the map carefully. Due to the deadzones in the fire arc of the 20 mm cannons you need to be mindful of where enemies could be engaging you from, one of the worst situations you can find yourself in while playing this boat is running into an enemy head on at close range, you'll need to turn to fire upon your enemy and by this time they will likely have a few seconds to fire upon you, and these few seconds are often fatal. 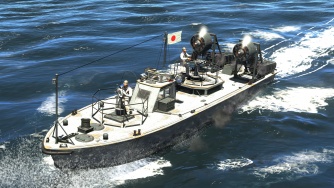