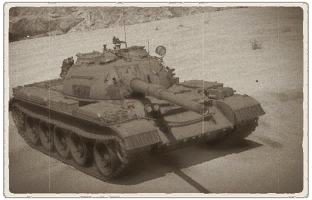 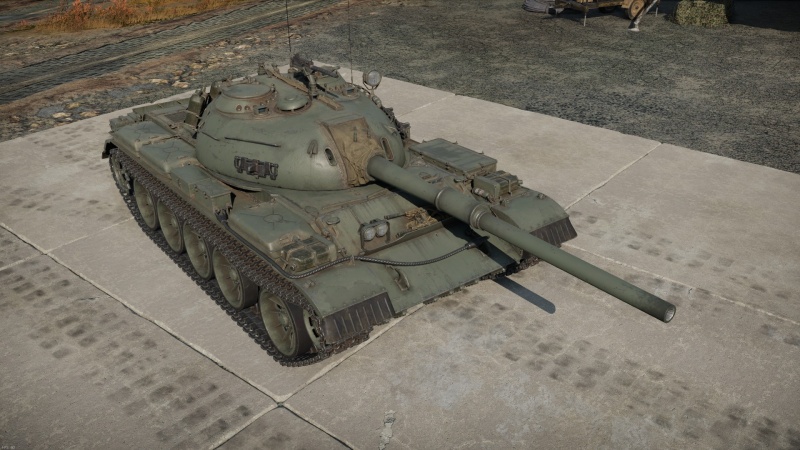 The Tiran 4S combines the mobility and armour of the T-54 series of tanks in the USSR tree and the 105 mm M68 in the US tree. However, it comes with a caveat, the Tiran 4 and Tiran 4S have a significantly slower turret traverse at 5.9°/s. This limitation is somewhat exacerbated by the lack of stabilization on the Tiran 4 and 4S as the gun can be moved much faster by moving the hull in the same direction the gun is traversing. Most of its peers at its BR range have stabilizers which puts the Tiran 4S at a disadvantage. Furthermore, the front ammunition rack is only covered by a small fuel tank in the side and front. Any piercing shot from a high penetration shell or anti-tank guided missile that passes through the fuel tanks will guarantee an ammunition explosion. Unfortunately, the front ammunition rack is the first stage ammo rack thus it is impossible to leave it empty.

The Tiran 4S is an upgrade to the captured T-54s in Israeli service. The "S" in the Tiran 4S stands for "Sharir", which was the name of the 105 mm M68 gun in Israeli service. Aside from storage and logistical modifications to the vehicle, the M68's loading system was also redesigned in part due to the T-54's loader being seated on the right of the gun and the M68 being designed to be loaded from the left. Another modification added to the Tiran 4S was the replacement of the hydraulic gun drive with an electrical gun drive similar to the Sho't tanks in service. The hydraulic gun drive was deemed too dangerous by the IDF as penetration of the gun drive caused hydraulic lines to snap and release hydraulic gases inside the crew compartment that would inflict burns and incapacitate the crew, a lesson learned from the Magachs in the Yom Kippur War. The electrical traverse caused the turret to be more cramped and the turret rotation was made slower but was generally safer.

The Tiran series and its variants, while not used as extensively as the Magach, Sho't, and Merkava series of tanks, continued to serve in the IDF well into the 1980s.