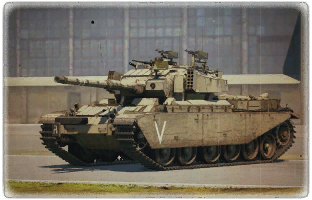 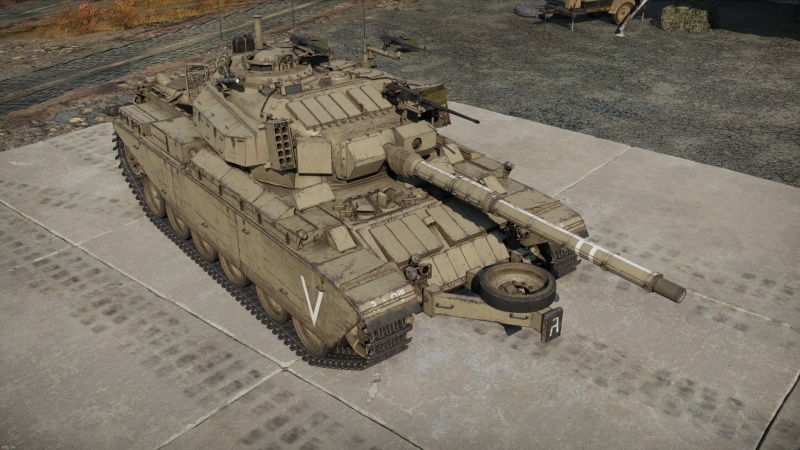 The Sho't Kal Dalet is a premium rank VI Israeli medium tank with a battle rating of 8.3 (AB/RB/SB). It was introduced in Update "Danger Zone".

Originally introduced in the British tech tree, the Sho't Kal Dalet was moved into the Israeli tech tree. It closely resembles the standard tech tree variant Sho't Kal Gimel with differences mostly in cosmetics, with the Sho't Kal Dalet appearing in a default desert tan camouflage and a spare road wheel hanging in front.

As a Centurion-based tank, the Sho't Kal Dalet comes under increasingly lethal enemy shells, APFSDS and HEAT-FS, that can easily penetrate the front of the tank. Some attempts can be seen to remedy this issue, with an extra 51 mm plate welded on top of the base 76.2 mm hull front armour, and ERA platings to help protect against HEAT-FS. Both of these can help resist against the glancing kinetic or chemical shells and hopefully provide extra breathing room for the Sho't Kal Dalet to continue manoeuvring on the battlefield.

Side armour, without any up-armouring effort, proves to be vulnerable against autocannon rounds from IFVs or SPAAs, so it is best to keep the tank's frontal array pointed towards the main threat. Any penetration on the tank, whether from the front or the sides, have a very high chance of hitting one of the crew, the ammunition, or the fuel. Combined with the relatively dubious reliability of the front armour, a Sho't Kal Dalet would benefit from a very safe playstyle reducing the number of chances the Sho't Kal Dalet can be hit in.

Front-launching smoke grenades are also available with the tank, allowing the players the option to quickly bring up concealment in order to withdraw the Sho't Kal Dalet to a safe place if under threat of enemy fire.

Compared to the tech tree Sho't Kal Alef and Sho't Kal Gimel, the Sho't Kal Dalet has very similar mobility due to sharing the same engine upgrade into a 750 hp Continental diesel engine with 2,400 RPM. Forward speeds can reach up to 48 km/h (5 gears) in RB. Reverse speed, great already in the basic Centurion, is enhanced by this engine upgrade to reach up to -12 km/h (2 gears) to aid in the tank's withdrawal efforts.

The Sharir main gun is based on the Royal Ordnance L7 gun and so it can fire an assortment of APFSDS, HEAT-FS, HESH, and smoke rounds for a relatively versatile options of attacking. With a fast reload speed of down to 6.7 seconds, a Sho't Kal Dalet in a decent ambush site can make quick work of several enemies downrange. 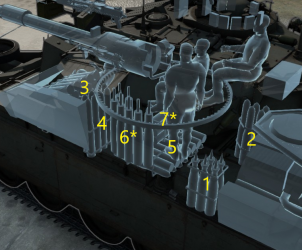 As mentioned in previous sections, the Sho't Kal Dalet is rather poorly protected against straight-on kinetic hits, but its cannon is quite lethal with the available ammunition and rate of fire. As such, the Sho't Kal Dalet should be used moreso as a "sniper", staying farther range and using the Sharir cannon and the M111 APFSDS round to engage enemies from afar.

This playstyle is benefited from the laser rangefinder available to the Sho't Kal Dalet, which can provide accurate, and compensated, ranges for the cannon to fire at the enemy quickly. When firing from so far, the only enemy threats would be tanks with similar fire control systems for long-range fighting or missile launchers. In the latter case, the presence of ERA plates on the Sho't Kal Dalet may prove key to its survival by protecting the tank against a single hit, which then allows Sho't Kal Dalet players to assess where the missile came from and either withdraw into cover or engage the missile launcher if it has been spotted.

Fighting in a hull-down position would also benefit the Sho't Kal Dalet to reduce its profile to the turret, which has a more complex armour design as well as more ERA coverage from the front.

While close-range fighting is not impossible with the Sho't Kal Dalet with its stabilized gun and mobility, the weak side armour and relatively slow turret and hull traverse makes the vehicle not ideal to that playstyle.

The Sho't Kal Dalet was the last mass-produced modification of the Israeli Centurion, before it was replaced by the more modern Merkava tank models. In total, Israel had purchased and used over 1,100 Centurion tanks, with some still being in limited service today as APCs, ARVs or CEVs.