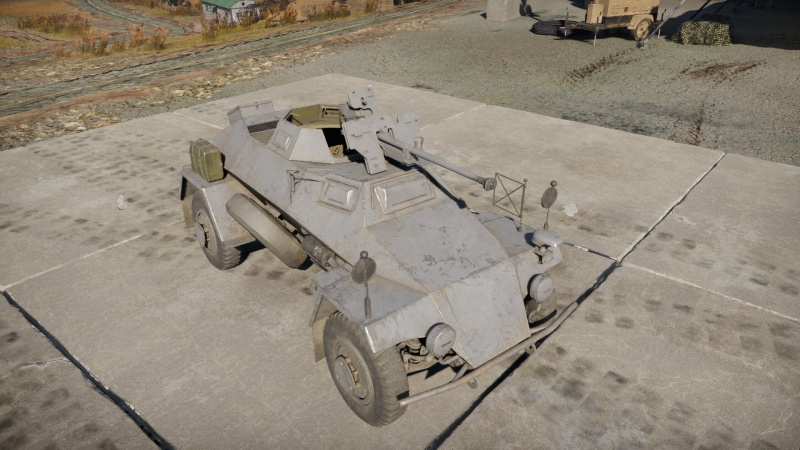 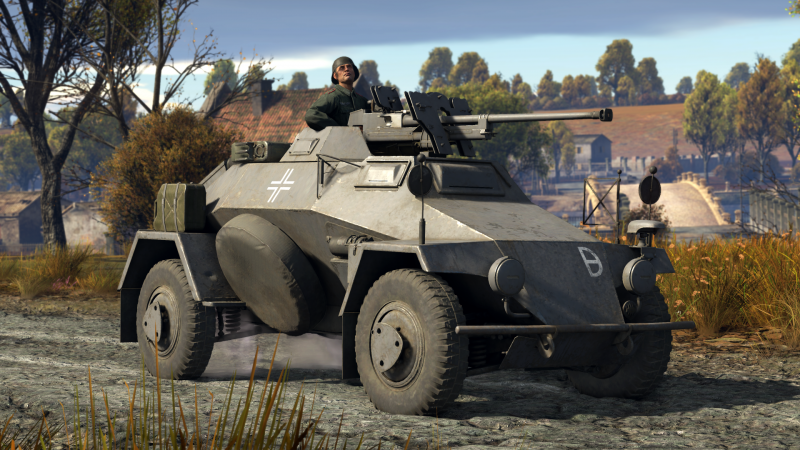 The Sd.Kfz.221 has almost no armour at all: it gets penetrated on every side even by rifle-calibre rounds. The main problem of the Sd.Kfz. 221 is that the gunner is exposed: a single coaxial bullet can knock him out and due to the vehicle only having two crew members, will either take out the vehicle entirely from the game in RB/SB or leave it a sitting duck in AB due to crew replenishment.

Again, this vehicle has virtually no armour protection, and what it does have will not protect it against anything but the lightest shrapnel blasts. Again, one of the two crew members is completely exposed, and if they are knocked unconscious, then the vehicle is destroyed. This means that the player should avoid taking damage at all costs. If an enemy plane is in the air, it is advisable to find cover immediately. If there is an artillery strike inbound, it is similarly advised to leave the area as soon as possible.

If sniping and ambushing are both not working, it is also possible to use this vehicle as a highly-mobile strike attacker. By constantly moving around, this vehicle can quickly find the best firing positions throughout the map, and its high penetration allow it to destroy enemies from almost any angle. Combined with this vehicle's high speed, a small profile means that enemies will have a difficult time aiming and achieving a hit. Still, the most important thing is to stay out of sight, using speed as an advantage to destroy vehicles without the enemy knowing.

The 2.8 cm sPzB 41 taper-bore heavy anti-tank rifle had a 28 mm breech calibre, but due to malleable skirts around the projectile, the projectile emerged from the barrel with a 20 mm calibre. This greatly increased the possible muzzle velocity (4,600 ft/sec at the muzzle) but required rounds with tungsten carbide cores to prevent shattering on impact, and rapidly wore out the gun bore. In 1942 the other requirements for and scarcity of tungsten forced its discontinuation in anti-tank round production, and the weapons that could only use tungsten ammunition were no longer usable after existing ammo supplies ran out. During its short service life, it was sometimes mounted on light armoured cars like the 221 and armoured half-tracks in place of their usual machine gun.

The Sd.Kfz.221 served mainly in the Aufklärungsabteilung (reconnaissance battalion) attached to the Panzer divisions. It was deployed in various fronts, but was ineffective in battlefields in the Eastern and the North African fronts due to its poor offroad mobility. Hence, the Sd.Kfz.221/222 was taken out of service by the end of 1942, and replaced with the famous Sd.Kfz. 250 half-track.