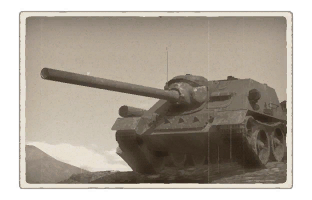 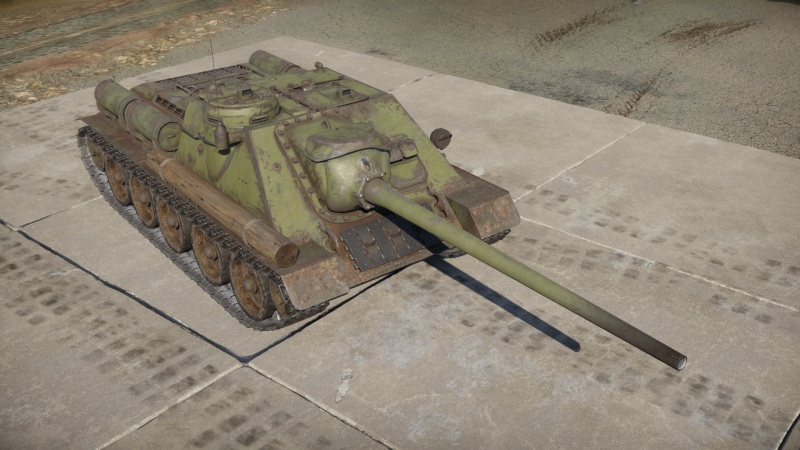 The SU-100 can be effortlessly defeated by a majority of the enemies faced at the BR bracket. As such, it is most important that the SU-100 makes the first, damaging shot before the enemy could get a shot first. The SU-100 is a classical casemate tank destroyer and as such has a fixed forward gun for its main armament, not too unlike the SU-85 and SU-85M tank destroyers. This gives the SU-100 a preference towards a defensive playstyle than an offensive one. As such, it is best to play the SU-100 in a supporting role, firing at distant enemies and ambushing them rather than facing them head-on. The SU-100 boasts high firepower and long effective range due to its 100 mm armament. The gun is able to penetrate armour similar to the 122 mm on the IS-2, but also a faster reload rate while retaining suitable post-penetration damage to devastating enemy tanks. As such, the SU-100 can lay in wait hidden in an open field and confidently attack enemies up to 1,000 m away.

The People's Republic of China (PRC) acquired 99 SU-100 self-propelled guns and other armoured vehicles from the Soviet Union in 1954, when the Soviet 39th Army withdrew from Lüda (now Dalian). Much of the armour, previously used by the Soviet 7th Mechanized Division, was used by the People's Liberation Army (PLA)'s 190th Division. The 190th Division was then renamed to the 1st Mechanized Division (第1机械化师), and among its materiel were 24 of the SU-100 tank destroyers.