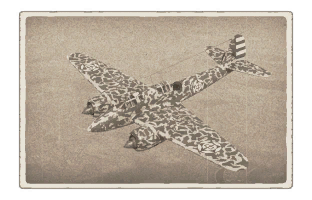 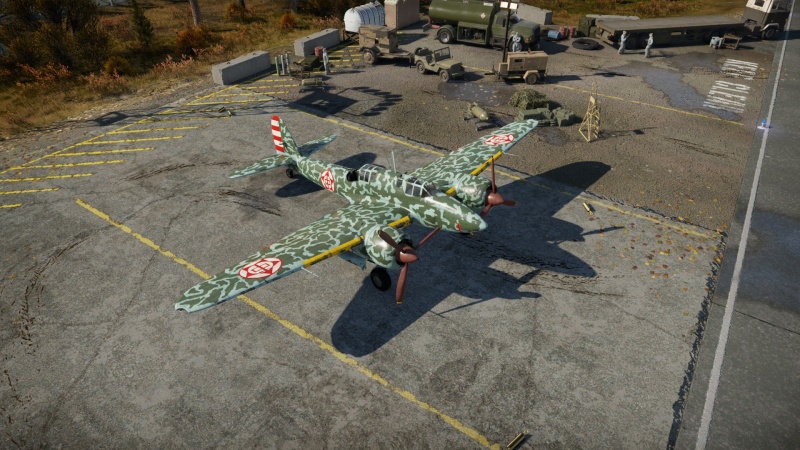 The ␗Ki-45 hei/tei Toryu , known to the Chinese forces by the name 重战 (Heavy fighter), is a premium rank II Chinese twin-engine fighter with a battle rating of 2.3 (AB/RB/SB). It was introduced in Update 1.93 "Shark Attack".

The Ki-45 tei also retains its impressive turn rate from the Ki-45 otsu. Although the aircraft itself is large and presents an "easy target" in many players' minds, the Ki-45 is rather nimble. Use this to your advantage when engaging enemy aircraft. Unfortunately, the Ki-45 is a heavy fighter, meaning its turn time is still not on par with other aircraft such as the F2A-3. In certain cases, the Ki-45 pilot may have to rely on his or her tail gunner to get the job done. The "tei" version of the Ki-45 features a 7.92 mm Type 98 machine gun with 1050 rounds. Although lacklustre, with shot placement it is possible to destroy enemies on the aircraft's tail. Aim for the pilot or the engine, as those are generally the weakest points on most aircraft. If the tailing enemy is a biplane, aim for the wings since they are very fragile.

The documents regarding of the service of the Ki-45 series in Mainland China are rather sparse. Some of the known records of their operation were bomber interception operations against the USAAF during their bombardment on Anshan (鞍山; for the steel mill) and during the last days of the Empire as a last ditch weapon to take down the masses of Soviet tanks assaulting Northeastern China with its 37 mm cannon.

There were records suggesting that the Chinese Red Army Air Force (before the official establishment of PLAAF on 1949/11/11) flew Ki-45; but current evidence showed another story instead: The Northeast Anti-Japanese United Army (东北民主抗日联军;东北抗联) found 3 modified Ki-45s (modified from a certain model to Tei 丁 variant) at Sunjia Airfield, Harbin in 1946, but all these 3 aircrafts were damaged and only one of them could be assembled for flight, likely never been used by the Air Force.[1]