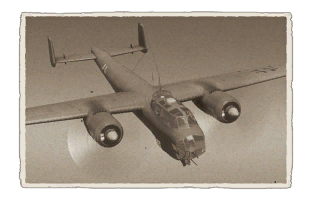 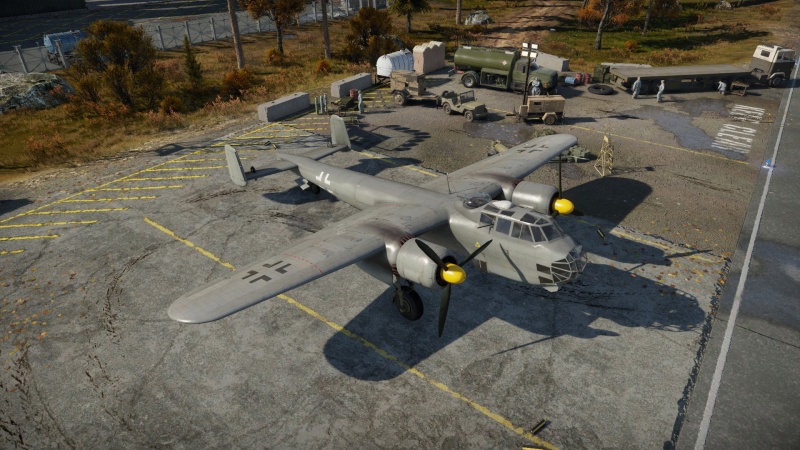 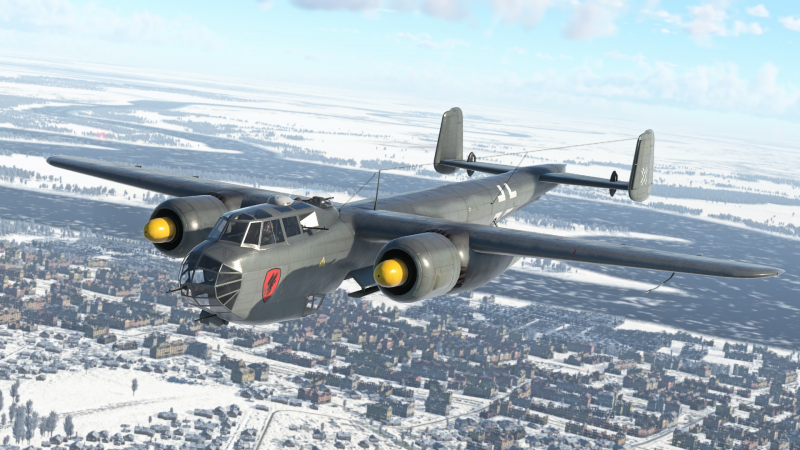 The twin tail design limits yaw manoeuvres, and the rudders locks up at at high speed, making the plane more difficult to control.

The Do 217 E-2 is capable of reaching over 700 km/h in a dive, making it extremely difficult to intercept when dive bombing from altitude. It has a good climb rate as well, allowing it to reach safer altitudes more easily than other lumbering heavy bombers. Unfortunately, the Do 217 has a rather poor roll rate, which makes it difficult to manoeuvre, especially when fully loaded.

The Do 217 was designed to meet the requirement of the Reichsluftfahrtministerium (Air Ministry) for a heavy night bomber or a float-equipped anti-shipping dive bomber. Dornier experimented with the Do 17 with an enlarged fuselage, more powerful engine and almost twice the bomb load of the original Do 17. Dive brakes were fitted under the wings with Daimler-Benz DB601B engines. This design proved underpowered and manoeuvrable. Instability was a problem, this was soon fixed by installing Handley Page Leading edge slats. The final version used Jumo 211A engines instead of the DB601 and the proposed DB603. Different tail sections were tested out on this version of the Do 217. The final design entered service as the Do 217 E-2. With BMW 801A 14 cylinder radial air-cooled engines. This version of the Do 217 did not have tail mounted dive-brakes. The engine unit was interchangeable with Jumo 211 engines as part of the "Power Egg" concept. The Do 217 normally carries a crew of four: bomb-aimer/observer/forward gunner, dorsal gunner/radio operator, ventral gunner/flight engineer, and a pilot. The dive brake in the original version was removed.