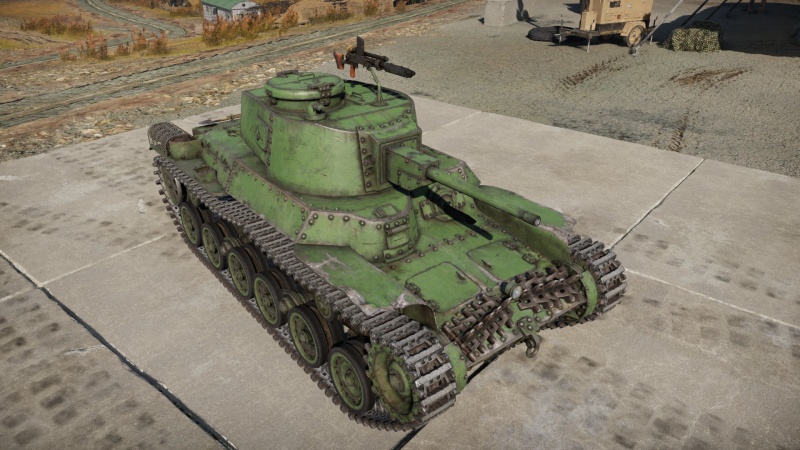 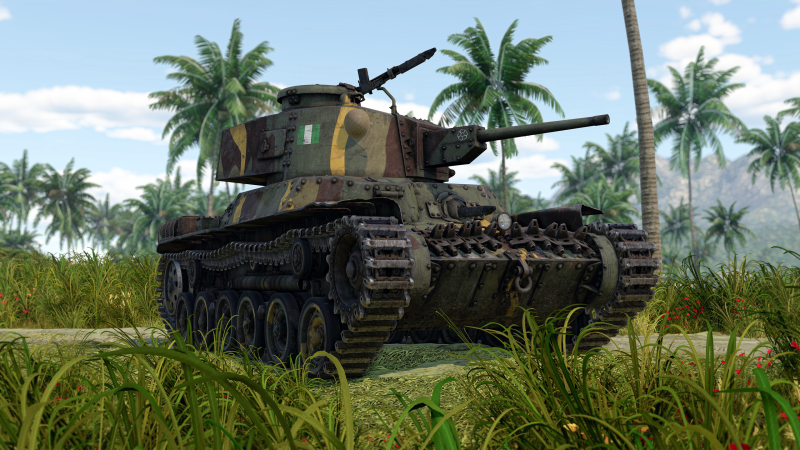 The Type 97 Chi-Ha Kai (九七式中戦車 改「チハ」) is a rank II Japanese medium tank with a battle rating of 2.3 (AB/RB/SB). It was introduced along with the initial Japanese Ground Forces tree in Update 1.65 "Way of the Samurai".

The Chi-Ha Kai has little to no armour against its common opponents like the Pz.II. The hull is identical to its predecessor, the Chi-Ha; while the turret is new, it has no better protection as well. With only 25 mm of armour on the turret cheeks and the frontal plate, and 20-25 mm at the hull sides, its protection is comparable with light tanks at its battle rating. The thin armour might, with some luck, protect against some autocannon shells while angling, or low penetration shells from range, while the highly sloped front glacis plate can also ricochet poorly aimed smaller calibre rounds. However, in general the armour should not be relied upon.

Unfortunately, when being hit and penetrated, the Chi-Ha Kai is usually destroyed with one or two shots. However, this tank has a fairly small frontal profile, making it harder to be hit. Also, for the guns lacking post-penetration damage, the Chi-Ha Kai has an alright survivability, as it has a total of 5 crews and they are fairly spaced out due to the long hull. The huge transmission system at the front of the tank can also serve as further protection for the crew members, absorbing penetrating hits at the price of disabling the transmission, making the tank immobile and thus vulnerable.

In general, this tank can get to pretty much anywhere an average medium tank can get to. The engine of the Chi-Ha Kai is not powerful at all, but luckily the tank itself only weighs 15 tons, therefore giving it an average power-to-weight ratio. The 40 km/h top speed is pretty useful as it reaches this speed easily. The turning ability is not ideal, as its tracks are long, narrow and close to each other, making it slow and sluggish in a turn.

47 mm Type 1 cannon
Shoulder stabilizer
Reduces the swing of the gun in one plane while moving
Ammunition104 rounds
Reloadbasic crew → aces
4.3 → 3.3 s
Vertical guidance-15° / 20°
Main article: Type 1 (47 mm)
The primary improvement that the Chi-Ha Kai has over its predecessor is the new 47 mm high-velocity gun. This gun boasts much higher penetration with APHE over the short-barreled 57 mm gun, and with the much faster shell, it also much easier to hit distant targets with. Unfortunately, as with almost all Imperial Japanese Army tanks, the 47 mm Type 1 APHE shell is not capped, and thus tends to perform poorly against sloped armour. Nevertheless, if it does penetrate, the shell has a respectable explosive filler that is usually enough to knock out the smaller tanks the Chi-Ha Kai usually faces in one hit. Larger tanks with larger crews such as the T-28 may not be killed with one penetration. 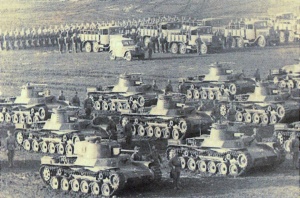 Chi-Ha's Of The 11th Regiment 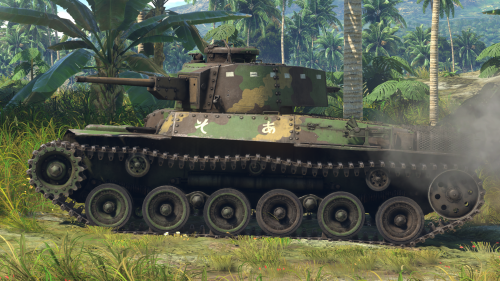 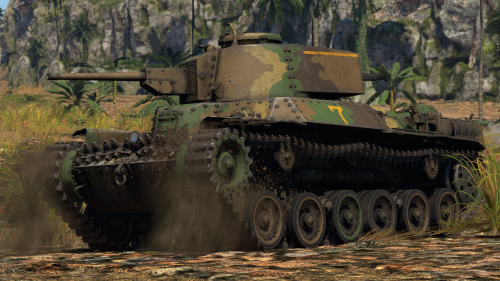