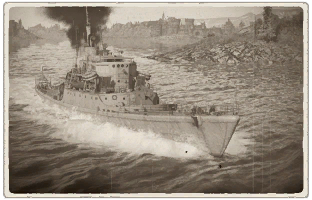 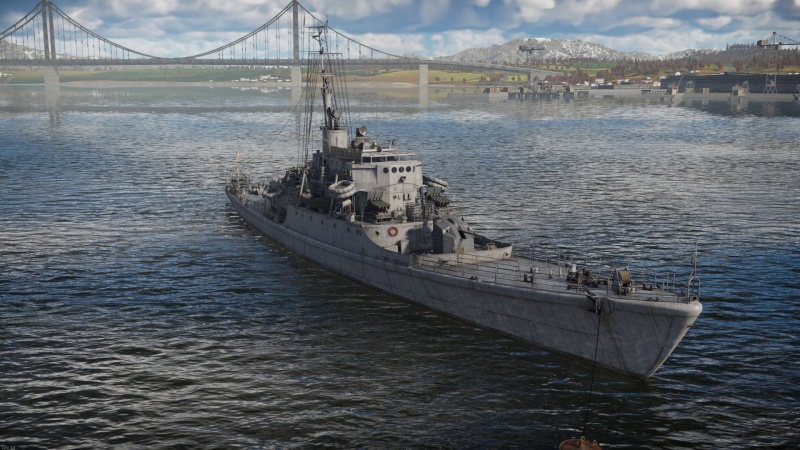 The Albatros-class, Albatros F543 is a rank V Italian gunboat with a battle rating of 3.7 (AB/RB/SB). It was introduced in Update "Wind of Change".

In the early 1950s, the Italian Ansaldo shipyard designed a new class of corvettes that subsequently ended up being selected by NATO to equip several member states' navies under the Mutual Defence Assistance Program (MDAP). As a result, Ansaldo initially received orders to construct a total of eight ships, of which three were destined for service in the Italian navy, one with the Dutch and the last four with the Danish navy. Several years after the initial order was placed, Indonesia also expressed interest in procuring the Albatros-class corvette, as it became known, for its own navy and subsequently placed an order for two vessels to be constructed.

The Albatros-class was the first series of warships constructed by Italian shipyards following the end of WWII. Albatros itself was completed and commissioned in 1955, with the remainder of the ships being delivered to their respective operators until 1957. In service, the Albatros corvettes experienced some issues with their primary weapon - the automatic 76mm SMP 3 cannons - being considered too complex. Despite this and the vessels perceived lacklustre speed, Albatros-class corvettes were considered successful and would end up serving up until the early 1990s before the Italian navy finally decommissioned their last vessels from active service.